Yesterday was nothing short of incredible for Prima Biomed in the market. The stock jumped by more than 300% following information released regarding it’s most recent clinical trial. Today, we’ll talk about the data that was released, how the market reacted, what we’ve seen from the stock so far today and what we can expect to see from PBMD moving forward. So, let’s get right to it!

On Tuesday morning, PBMD released the data from it’s most recent clinical trial; a Phase II trial of the effectiveness of CAN-003 in the treatment of ovarian cancer. The data showed that there was a strong trend of meaningful improvement in the survival rate of second remission ovarian cancer patients when compared to the current standard of care. The bottom line is that this data is proof that CAN-003 is on track to be a prime contender in the ovarian cancer market.

How The Market Reacted To The Data

While we did see a bit of growth throughout the day Tuesday, the larger end of the market reaction didn’t happen until yesterday. As a matter of fact, the stock nearly quadrupled yesterday following the good news; closing the day at $5.91 per share after the previous close at $1.60 per share.

What We’re Seeing In The Market Today

Unfortunately, the movement in the market hasn’t kept up the positive trend that we’ve seen from the stock recently. As a matter of fact, things seem to be moving back into the negative direction. Currently (4:22), PBMD is trading at $3.00 per share after a loss of 49.24% so far today.

What We Can Expect To See Moving Forward

Although the stock may be down by nearly 50% for the day, I have a particularly bullish outlook for this one. In the short term, it’s important to remember that the price movements in the market follow a series of overreactions. So, an overreaction to positive data pushed the stock higher than it should have gone yesterday. As a result, we’re seeing a correction that’s pushing the stock lower than it should be today. Soon, we’ll see another breakout that leads to gains.

In the long term, I also believe that we’re going to see great news out of Prima Biomed. The reality is that the company has a relatively impressive pipeline; the leader of which just proved to be more effective in the treatment of ovarian cancer than standard treatments today. In the long run, I’m expecting this to be very profitable; meaning that we’re likely to see strong gains in the company’s stock!

What Do You Think?

Where do you think PBMD is headed and why? Let us know in the comments below! 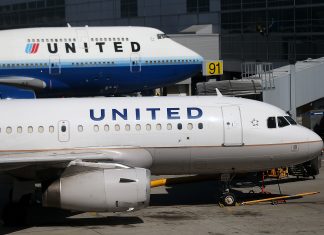 Mark P -
For the entirety of 2020, airline stocks have taken a pretty tough beating. Despite securing billions in federal aid in order to stay afloat,...