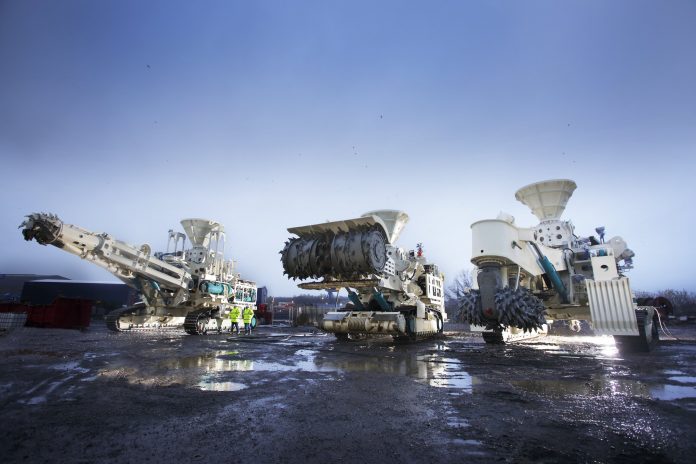 As the demand for rare metals and minerals continues to ramp up due to the ongoing U.S.-China trade tensions, new opportunities are popping up in niche markets previously seen as unsustainable by mainstream analysts.

Deep sea mining for rare battery metals such as cobalt is one of those areas as the mining industry ramps up to secure undiscovered resource sites, with start-ups in this area are rapidly acquiring funding from the industry as a whole.

DeepGreen Metals, a privately held Canadian company that’s likely to go public in the near future, just completed it’s first funding round on Monday, raising $150 million in the process.

While the deep-sea mining industry has been bogged down amidst regulatory uncertainty and environmental worries, recent concerns over the supply of these rare metals have prompted regulators, investors, and major miners alike to push along the development of this sector.

Start-ups in this area have been popping up rapidly as a result, with DeepGreen being an industry leader in the space. The bulk of their recent $150 million financing round came from Switzerland-base Allseas, and will be used to conduct feasibility studies on rare metal deposits found thousands of meters below the surface.

“Our partnership with Allseas will ultimately help us open up a new, disruptive source of battery metals for the green revolution and transform the mining industry as we know it,” said Gerard Barron, CEO of DeepGreen according to The Financial Times. “It’s like a battery in a rock,” he added in reference to the billions of deep-sea rocks that have embedded battery minerals in them. “Every single part of the nodule is usable. That’s a really big change for the mining industry.”

Currently, 60 percent of the world’s cobalt comes from the Democratic Republic of Congo, while nickel and palladium come from Russia and South Africa predominantly. Supporters of deep-sea mining argue that the industry will offer an alternative to conventional land-based mines and sources, which are often unreliable due to political problems or worker strikes in those areas.

While there are billions of small rocks on the seafloor, with many of them holding large quantities of these rare metals, earlier companies that have tried mining or scooping up these rocks have been met with difficulties.

The first company to try deep sea mining, Nautilus Minerals, ended up getting delisted from the Toronto Stock Exchange due to financial issues. Industry analysts expect DeepGreen to have a much more successful first trial, however, especially with the backing of a major company like Allseas.

The rise of electric vehicles is just one of the many trends pushing up demand for rare metals like cobalt. With 20 million electric cars predicted to hit the road worldwide by next year, major EV manufacturers are struggling to come up with consistent, reliable sources of these rare materials.

In this sense, deep sea mining remains incredibly promising. DeepGreen Metal’s main area of focus is the Clarion-Clipperton Zone (CCZ), an almost 3,000-mile zone in the Pacific stretching from Hawaii to Mexico. According to a 2012 U.S. geological survey, the CCZ holds more cobalt, nickel, and manganese than all known land reserves of those metals put together.

Investors would do well to keep a close eye open for DeepGreen in the future should it go public, alongside other deep-sea mining companies to come.