Am I the only one wondering what’s happening to Yahoo stocks these days? At time of writing this article on 5/4/15, it had closed the day at 42.04. Anyone else know the real reason why Yahoo is going for this cheap?!  Is it to do with Yahoo! (YHOO) stock declining after earnings or the challenges of a possible Yahoo! Japan exit?

As Chris Ciaccia from The Street puts it, “Yahoo! Is Running on a Treadmill to Nowhere.” Ciaccia however balanced his article by pointing out that, “Even though the weakness of Yahoo!’s core business is constantly harped on, it’s not all bad.”

I read several reports of Chief Executive Marissa Mayer apparently trying to get Yahoo back on the growth track. Mayer said in an earnings statement (Tuesday, 4/21/15) that, “Yahoo is amidst a multi-year transformation to return an iconic company to greatness” and that “This quarter, we saw encouraging revenue growth of eight percent, with display revenue growing a modest two percent and search growing 20 percent.”

Yahoo’s first-quarter sales missed analysts’ average prediction of $1.06 billion, according to data compiled by Bloomberg. Profit before some costs was 15 cents a share, the company said Tuesday (4/21/15) in a statement, compared with projections for 18 cents.

Analysts were expecting Yahoo! to post earnings of about 18 cents per share on revenue of $1.06 billion, according to a consensus estimate from Thomson Reuters.

As explained by Tiernan Ray of the Tech Trader Daily, “Shares of Yahoo! (YHOO) are down 68 cents, or 1.5%, at $43.81, giving up gains in the after-hours session after the company missed analysts’ Q1 expectations, and also missed with its Q2 revenue forecast, with one culprit, again, being a decline in prices for display ads despite rising volume of ads sold.”

Let’s look at some numbers from the past week to give us further technical insight into the current state of affairs with YHOO stock.

Yahoo has traded from $45.10 down to $41.83 after breaking range first at the $43.50 level then major support at $41.97. The next technical level in sight is at $40.50. If this support level can hold, look for a rebound at least back to the 9 day moving average, and then assess potential for a continued move up. 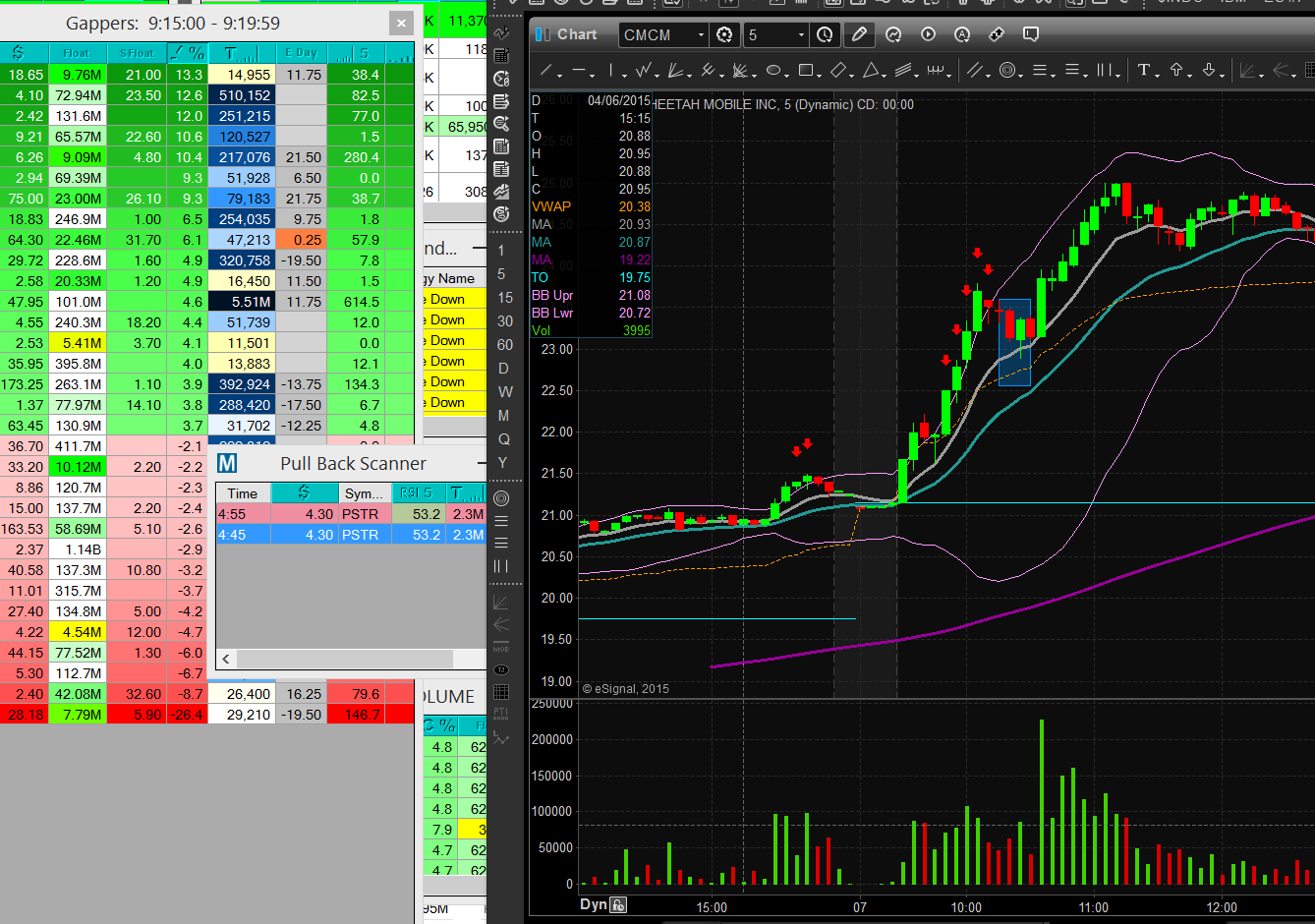