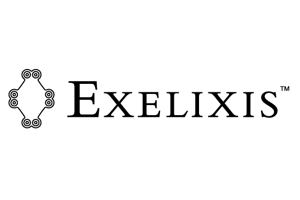 Exelixis is a biotech company based out of San Francisco primarily known for developing small molecule cancer therapies for cancer treatment.

Shares of Exelixis skyrocketed today by nearly 50%, after an announcement that its cancer drug, Cometriq was successful in trials in performance in improving survival for late stage kidney cancer.  Cometriq is showing proof of increasing overall survival rates. In early 2016, EXEL plans on filing to have Cometriq receive approval as a treatment for advanced stages of kidney cancer in the United States and Europe. Fool.com

Initially, on September 2, 2014, EXEL’s shares plunged after an announcement that Cometriq did not extend survival in patients with advanced prostate cancer that had spread to their bones. Cometriq is currently approved as a metastatic medullary cancer treatment but its sales have been meager thus far (only gaining $25 million in 2014). Cometriq should see a major increase in sales if it can be approved by U.S. and European regulators as a treatment for advanced stage kidney cancer. Forbes

Michael M. Morrissey, Ph.D., Exelixis’ chief executive officer and president has said, “The positive top-line results from METEOR represent strong progress for the kidney cancer community and for Exelixis, bringing us one step closer to our shared goal of delivering a new and meaningfully differentiated therapeutic option for the many metastatic RCC patients in need. With these data now in hand, Exelixis’ highest corporate priority becomes the submission of U.S. and EU regulatory filings, which we intend to complete in early 2016.”

EXEL gapped up today to $5.59 from yesterday’s close of $3.91 which is a 43% increase on favorable news. Taking a look at the daily chart the previous 52 week high before today’s gap up was $4.40 on July 28 of 2014. We have to go back to March 25 of 2014 were the price was $6.44 to find our first resistance level. With this stock being a biopharmaceutical company it is driven by news on its latest drug trials and shows a history of gapping up and down in news based on this information. Back on August 29 and September 2 of 2014, the stock gapped down in price from $4.14 to $1.92 on news of the company cutting jobs after a cancer drug failed its late stage study. Also back on March 25 and 26 it gapped down from $6.44 to $4.46. After both previous gap downs there was a consolidation period for the stock, so lets see if the stock can hold the gap up in price and continue its move up to test the $6.40 level.

Exelixis, Inc., a biopharmaceutical company, develops and sells small molecule therapies for the treatment of cancer in the United States. The company offers COMETRIQ, an inhibitor of multiple receptor tyrosine kinases for the treatment of patients with progressive, metastatic medullary thyroid cancer. It is also evaluating cabozantinib in various development programs comprising approximately 45 clinical trials, including 2 ongoing phase 3 pivotal trials focusing on metastatic renal cell carcinoma (mRCC) and advanced hepatocellular carcinoma (HCC). In addition, the company develops cobimetinib, an inhibitor of MEK, which is in Phase 3 pivotal trial evaluating in combination with vemurafenib in previously untreated patients with unresectable locally advanced or metastatic melanoma harboring a BRAF V600 mutation. Exelixis, Inc. has collaborations with Genentech, Inc., GlaxoSmithKline, Bristol-Myers Squibb Company, Sanofi, Merck, and Daiichi Sankyo Company Limited for the development and commercialization of various compounds. The company was formerly known as Exelixis Pharmaceuticals, Inc. and changed its name to Exelixis, Inc. in February 2000. Exelixis, Inc. was founded in 1994 and is headquartered in South San Francisco, California. Yahoo Finance