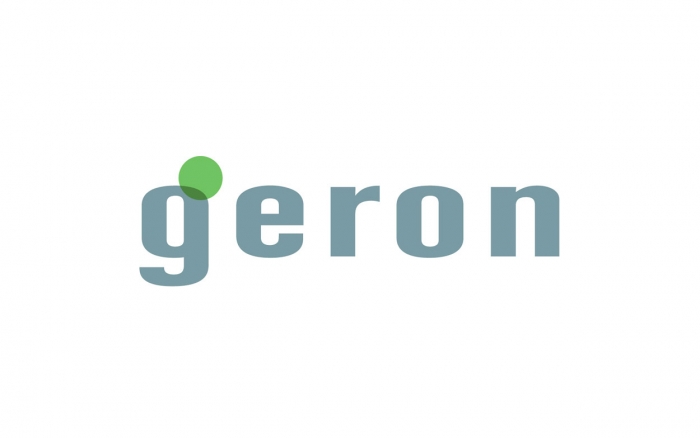 “The data in the ET and MF study publications in The New England Journal of Medicine provide compelling evidence that use of a telomerase inhibitor, such as imetelstat, may result in ground-breaking changes in how we approach the future treatment of hematologic myeloid malignancies,” said John A. Scarlett, Geron’s President and Chief Executive Officer.  Globe Newswire

Co-Principal Investigators of the ET study:

“This study was a first look at what happens when you treat ET patients with a drug that has a totally novel mechanism of action,” said Dr. David Snyder, City of Hope, Duarte, CA, and co-principal investigator of the ET study. “In the study, imetelstat had a clinically significant effect on disease burden in ET patients.” Globe Newswire

Principal Investigator of the MF study:

“The clinical and molecular remissions seen in the study suggest selective anti-clonal activity, not previously documented in current drug treatment of MF,” commented Dr. Ayalew Tefferi, Mayo Clinic, Rochester, MN, and principal investigator of the MF pilot study. “A much larger multi-center clinical study is needed to confirm these findings and to further investigate the mechanism by which imetelstat induces clinical responses in some patients.”   Globe Newswire 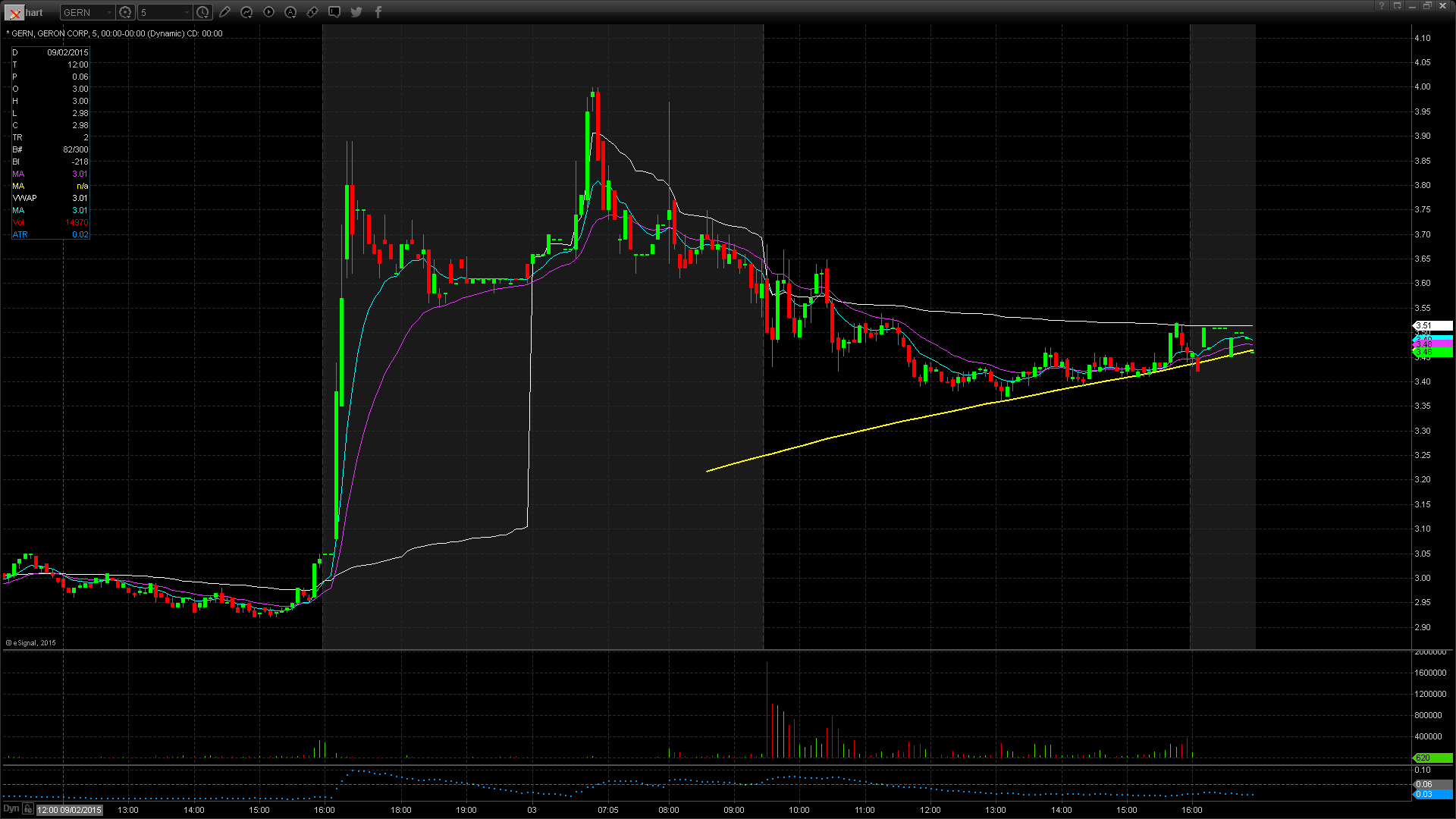 GERN gapped up in price to $3.67 up from yesterday’s close of $3.05 which is a 17% increase in price based on favorable news. Taking a look at the daily chart we see the last time it traded at this price level was on Aug 7 when it traded at $3.61. A few days before that on Aug 5 the stock traded at $4.02 which could be the first significant resistance level, since then it declined all the way to $2.96 which was the low reached on Aug 20. The stock reached a pre market high of $4.00 so that means it gave back $0.33  at the open and has a higher float then I would like at 157 million shares. That concerns me a bit as it shows the stock may be overpriced at these levels and the high float may hold back the continued run up. For trading purposes i would use $3.75 as my entry point as it was the last spike during pre market, with a possible add on at $4.00 which was the pre market high. My stop loss would be $3.60 fearing anything below that and the stock will start to fill in the gap up.

Geron Corporation, a clinical stage biopharmaceutical company, focuses on the development of telomerase inhibitor, imetelstat, for treating hematologic myeloid malignancies. It has collaboration and license agreement with Janssen Biotech, Inc. to develop and commercialize imetelstat worldwide for indications in oncology, including hematologic myeloid malignancies and other human therapeutic uses. The company was founded in 1990 and is based in Menlo Park, California.  Yahoo Finance