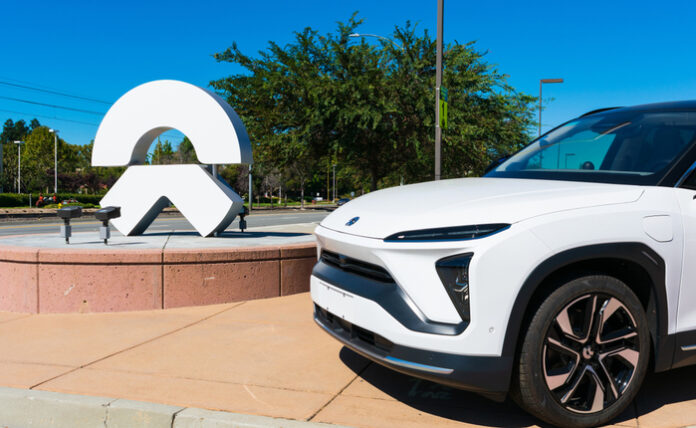 Electric vehicles have been some of the most volatile stocks so far this year. While Tesla has seen remarkable gains in 2020, despite the effects of the coronavirus on automobile demand, other EV manufacturers have been picking up their fair share of the spotlight as well. Chinese-based Nio (NASDAQ: NIO) announced on Thursday that it met a key production milestone. In response, analysts from Morgan Stanley doubled down on their bullish target for the carmaker, with shares soaring in light of the news.

Thanks to its new Hefei manufacturing plant, Nio has seen its production rates cross to 5,000 per month, a major milestone for the relatively small carmaker. While Nio still is a relatively small player in the electric vehicle market, but there aren’t that many companies operating in this space either. Tesla remains the predominant market leader, while more niche companies like Nikola, which specializes in electric trucks, trying to make an entrance into this scene as well.

“The pace of Nio’s progress in achieving its strategic and investment ambitions is tracking ahead of our expectations on all fronts. We look for Nio to reinforce its pole position through superior volume scale, good spectrum of model/market coverage, self-driving technologies and diversification into power solutions,” wrote Morgan Stanley analyst Tim Hsiao in an optimistically sounding research note titled “A strong EV leader in the making.”

Morgan Stanley also expects that competition in China for electric vehicles will become increasingly competitive. Many analysts already consider China to be the world’s largest market for electric vehicles in general, both due to its large population but also due to the Chinese government’s push to adopt more eco-friendly methods of transportation. All of this bodes well for Nio, which only needs to capture a small portion of this market in order to become a major financial success.

Nio currently has a strong backlog for its EC6 electric coupe SUV, which could be a major competitor to Tesla’s Model Y. At the same time, Morgan Stanley also upgraded its forecasts for Tesla as well, once again citing strong demand in China.

Shares of Nio shot up around 16.3% in response to the news, raising the car company’s market cap to around $43.6 billion. Since the start of 2020, Nio has been on an explosive rise, with shares rising more than 1,000%, making the Chinese electric carmaker one of the best performing mid-to-large cap stocks on the market right now.

Whether or not Nio will genuinely be able to outcompete Tesla is a good question, but as the old expression goes, a rising tide lifts all ships. Strong demand for electric vehicles makes it likely that Nio will do well regardless of how it stacks up in comparison to its relatively few competitors.