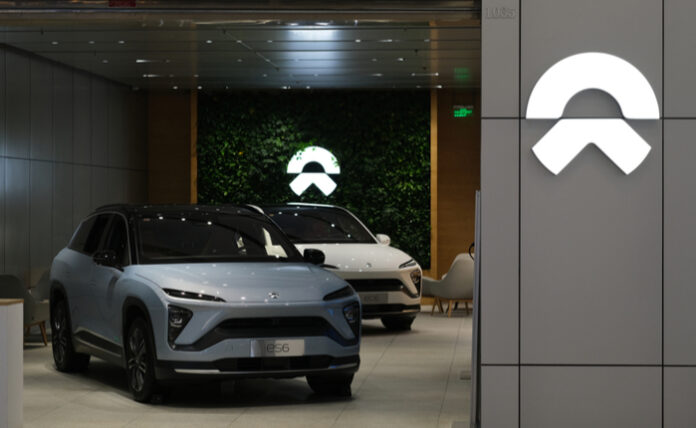 While some car companies, like Tesla (NASDAQ: TSLA), have performed better than expected despite everything going on in China, not all businesses have enjoyed similar luck. In particular, Chinese electric vehicle makers have been devastated by the series of lockdowns all across the country. This includes well-known EV makers like Nio (NASDAQ: NIO), which reported a big crash in April delivery numbers.

The Chinese EV brand reported that it delivered just 5,074 vehicles in April, down from the 9,985 reported back in March. While year-to-date deliveries are still up 13.5% to 30,942, the big one-month slump is a big cause for concern among some investors.

Nio had originally reported that it suspended production at its Hefei plant. At the time, supply chain problems had slowed down production to a crawl, especially as supplier partners in areas like Shanghai had stopped altogether as the Covid situation in China worsened.

“In late March and April 2022, the company’s vehicle production and delivery have been impacted by the supply chain volatilities and other constraints caused by a new wave of the COVID-19 outbreaks in certain regions in China,” read a press release from NIo.

These problems are not unique to Nio either. Other Chinese EV makers, like Li Auto (NASDAQ: LI) and XPEV (NASDAQ: XPEV), reported similar declines this month. Li Auto saw deliveries fall 62% to 4,167, while XPEV reported a 42% monthly decline from March, with deliveries dipping to 9,002.

The only EV makers that have fared better are American car companies, like Ford and GM, as well as Tesla. The latter of which reported a record-breaking quarter once again, despite the China shutdowns slowing down production.

Shares of Nio didn’t really move much on the news. Neither did XPEV or Li Auto. Investors were already expecting April to be a rough quarter in terms of deliveries, hence why there wasn’t much in the way of stock price movement.

Unlike some other EV makers, Nio has fared better than many, with revenues and profits drastically increasing over the past several months. In contrast, some EV companies, including Rivian Auto (NASDAQ: RIVN), look overvalued, with its stock prices steady falling over the past week.

Roughly 26 analysts on Wall Street currently have a “buy” rating on Nio. In comparison, just two are neutral, and none are bearish. It’s worth noting that this overwhelming bullishness hasn’t changed at all, despite the steady rise of inflation. Other popular growth stocks have seen downgrades as value stocks tend to outperform in high inflationary environments compared to growth stocks.