Cheetah Mobile CEO Sheng Fu remarked that “Mobile revenues increased 584.1% year over year and now accounts for 55% of total revenues.” These numbers come after the company acquired MobPartner, back in March of this year. Revenue guidance for the second quarter is expected to be between RMB 785 million (USD $126.43 million) and RMB 795 million (USD $128.04 million). 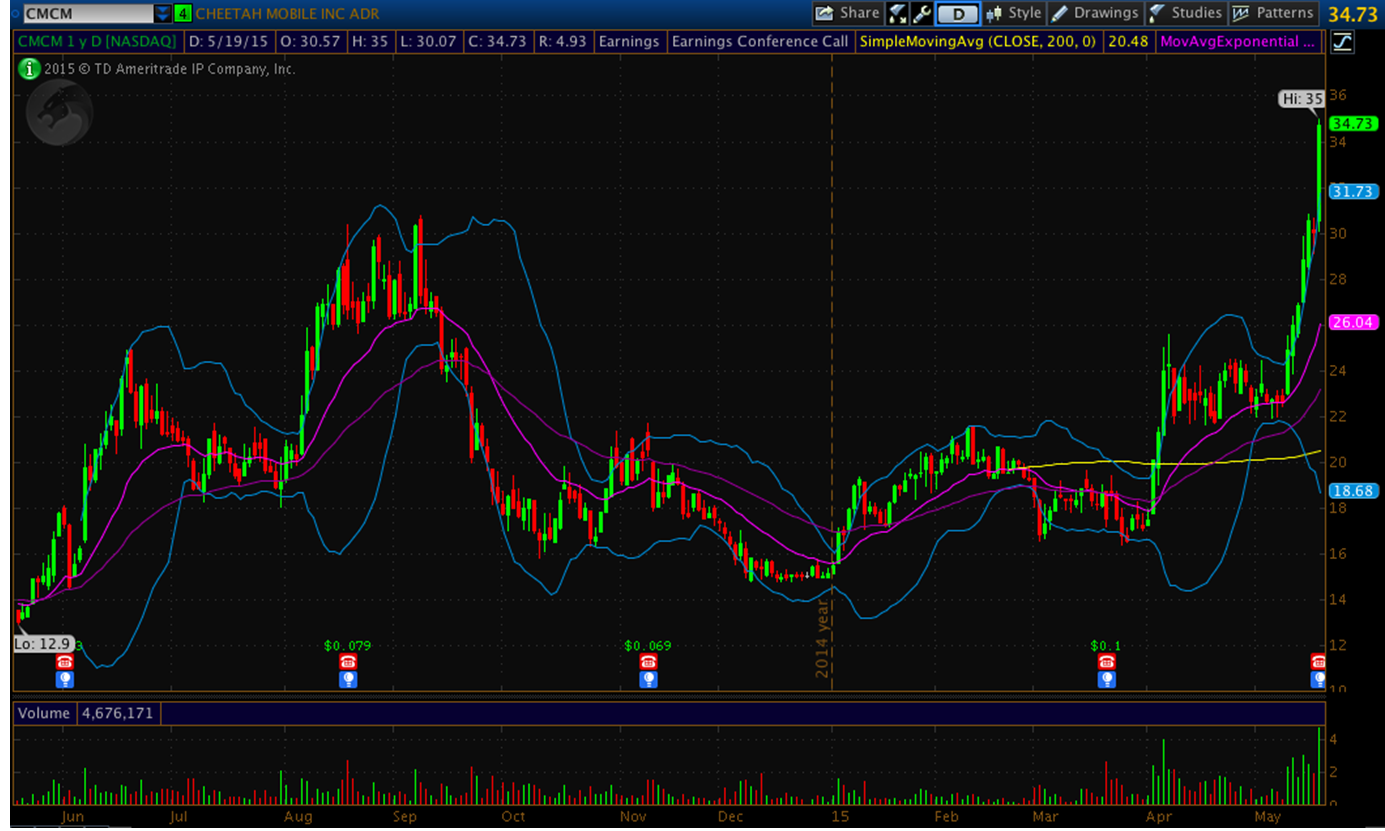 As you can see in this daily chart, the company’s stock easily cleared prior resistance of $30.77 back in September of 2014. The sky is the limit now as the ticker ventures into uncharted territory, although profit takers may come into the picture soon.