When you hear the name Priceline, you probably think of their well-known travel website.  Or maybe you’re like me and that catchy “Priceline Negotiator” song snippet flashes into your head with images of William Shatner feigning karate (who happened to be an early equity holder).  But did you know that the Priceline Group actually owns several other household name websites?  In addition to Priceline.com, they own booking.com, kayak.com, agoda.com, rentalcars.com, and OpenTable.  With such a broad and fairly diverse base of online revenue, the Priceline Group seems to be on firm footing.  The harder question is:  what is a fair price to pay for Priceline? 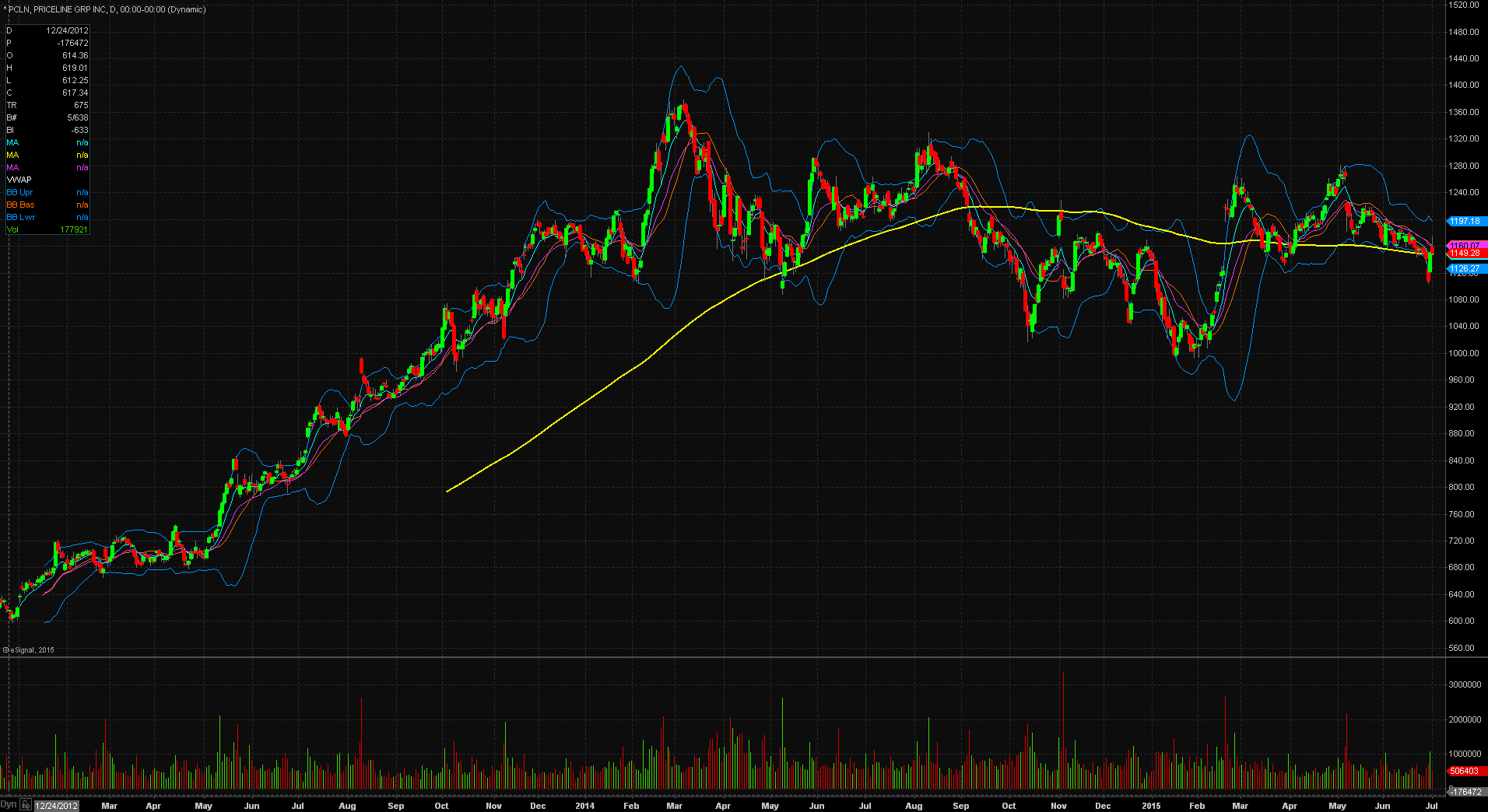 Over the past year, PCLN has traded in the range of roughly $1,000 to $1,300.  A fairly wide window with a 30% spread between the highs and the lows.  But share prices have been relatively stable recently by comparison.  The more exciting part of PCLN’s story happened a few years ago.  PCLN went public in 1999 and collapsed soon thereafter with the rest of the dot com bubble.  From April of 1999 to December of 2000, share prices went from nearly $1,000 to under $7.  Yet, with a valuation of less than 1% of what it was worth just over a year and a half before, the stock survived.  And in recent years, it has put in some impressive moves.  It more than doubled in value from July of 2010 to April of 2011.  And then it doubled in value again from January of 2013 to February of 2014.

On the Bright Side

While much of PCLN’s stock doubling power is due to huge acquisitions, the skies seem as bright as ever for the Priceline Group.  A recent research report from Cantor Fitzgerald set a price target 20% above Monday’s close based on an expected strong second quarter performance.  Even as the European economy seems to be in disarray, there is still a lot of demand for travel in Europe.  Website traffic is seen coming in at the high end of what management and Wall Street projected.  Revenue numbers are also expected to be helped by higher hotel room rates in Europe and a slew of new properties being added to their websites.  Shares also recently entered oversold territory according to Forbes.  The RSI index hit 28.1 on Monday.  And in one last piece of intriguing news, a little over a week ago there was a net inflow of $25.72 million in a block transaction.

On the Other Side

There are also some that are not so confident about the fortunes of PCLN.  Deutsche Bank downgraded PCLN a little more than a week ago from a “buy” to a “hold.”  They revised their price target down slightly accordingly.  The other three most recent analyst actions are “equal weight,” “neutral,” and “overweight” as new or reiterated positions from Barclays, Guggenheim, and Benchmark.  Overall though, PCLN currently has thirteen buy ratings and seven hold ratings.  In the last half year, there has been a curious change in insider ownership at PCLN.  Ownership by insiders has decreased by 10.21% during that time period.  That includes a June 15th sale of almost $3.5 million worth of stock by Jeffrey H Boyd, former longtime CEO and current chairman of the board.

The Priceline Group is a conglomerate of websites devoted to travel and leisure.  Companies under their umbrella include booking.com, kayak.com, agoda.com, rentalcars.com, and OpenTable.  They amassed over $50.3 billion in gross bookings in 2014 alone.  Their current market valuation is over $59 billion.