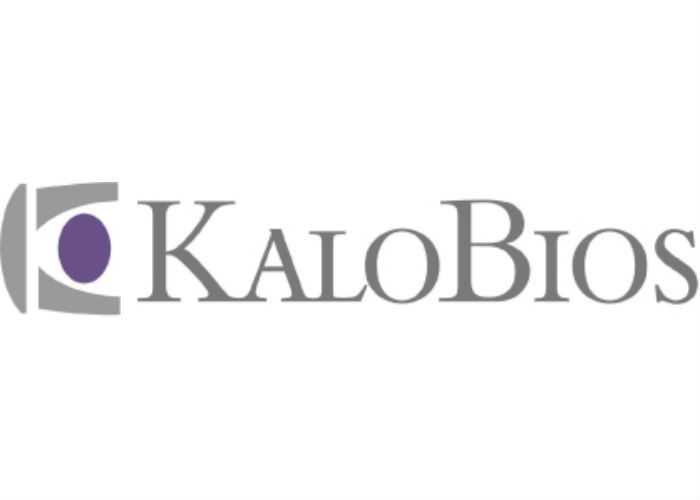 Late Tuesday evening news circulated that KBIO had filed Chapter 11 with a Delaware bankruptcy court. The stock has been halted since the majority stockholder and, at the time, CEO Martin Shkreli was arrested on December 17. There has been much controversy surrounding Shkreli and his involvement with KBIO. He was also involved with another pharmaceutical company called Turing where he was under intense scrutiny when he raised the price of an important drug called Daraprim that helped fight off a specific infection for persons with weak immune systems from $13.50 per pill to an astonishing $750 per pill. This price hike raised all kinds of attention in the industry and even some high profile politicians made some comments on the situation. I would expect over the next couple of weeks we will be hearing more on the bankruptcy and possibly the fraud charges brought against Shkreli recently.

“The company, which is developing cancer treatments, has $8.4 million in assets and $1.9 million in liabilities, according to the bankruptcy filing. It is being represented by the law firm Morris, Nichols, Arsht & Tunnell LLP. The majority shareholders are named as Shkreli, David Moradi and Anthion Partners II LLC. Chapter 11 allows a company to reorganize under the protection of the court.” (MarketWatch) 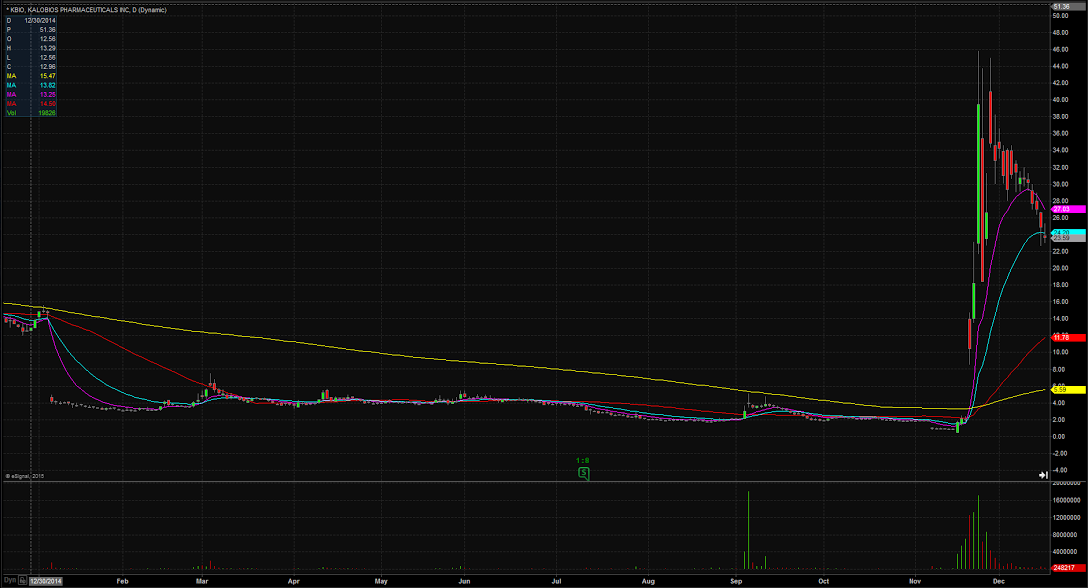 Shares have been on a wild ride the past couple months as Shkreli’s involvement had caused shares to spike over 40 points or 2100% in just a matter of days and then proceeded to sell off to $23.59 before shares were halted on news of his arrest. Shares started the year at $14.16 and quickly gapped down to the $4 level where they traded for most of the year until mid November when they sky rocketed from just over $2 all the way to the mid $40s as longs were jumping on board and shorts were getting squeezed out.  KBIO has a small float of only 1.1 million shares with 10% of the float being held by shorts as of December 15th. When/if this stock begins trading again I would imagine there would be a lot of selling to follow and as far as where it will go will have to be determined by the market. The company is said to have roughly $9 million in assets and around $1 million in liabilities. This stock is pretty much dead and I will not be looking at all to make a trade on it when it reopens.

KaloBios Pharmaceuticals, Inc. is a biopharmaceutical company, which focuses on the development of monoclonal antibody therapeutics. It develops a portfolio of proprietary and patient-targeted monoclonal antibodies designed to treat severe life-threatening or debilitating diseases for which there is an unmet medical need, with a clinical focus on severe respiratory diseases and cancer. The company’s antibody technology, Humaneered, treats serious medical conditions with a primary clinical focus on respiratory diseases and cancer. KaloBios Pharmaceuticals was founded on March 15, 2000 and is headquartered in South San Francisco, CA. (MarketWatch)