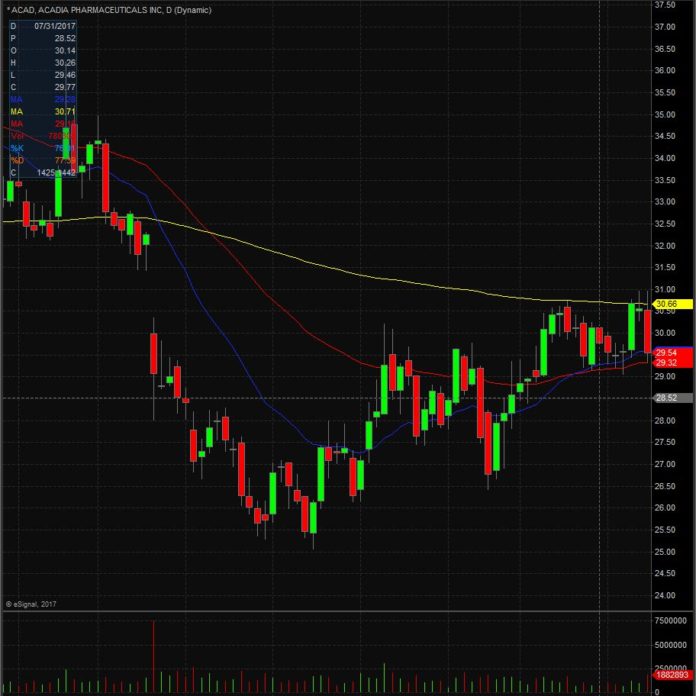 “Our commercial efforts continue to drive strong financial performance with solid market uptake for NUPLAZID in patients with Parkinson’s disease psychosis,” said Steve Davis, ACADIA’s President and Chief Executive Officer. “Following positive data from our Phase II study in Alzheimer’s disease psychosis and recently completed End-of-Phase II meeting with the FDA, we are excited to start our Phase III program in the next couple of months.”  Business Wire 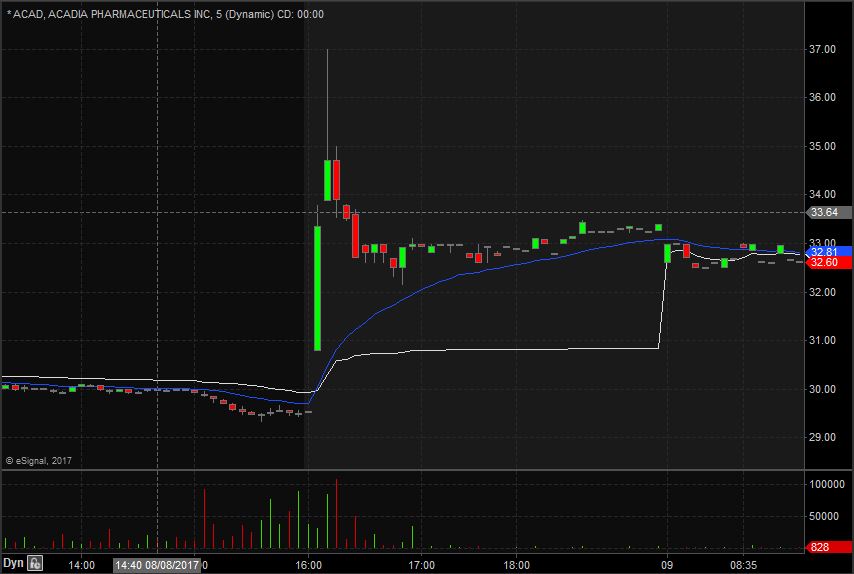 ACAD opened trading yesterday at $30.53 which was down from the previous day’s trading close of $30.57. ACAD closed trading yesterday at $29.54 and spiked up after market to $33.40, equivalent to a 13% increase from the closing price. Taking a look at the daily chart we can see the last time ACAD traded above these levels we have to go back to May 1st when it traded at $34.41.

Taking a closer look at the daily chart we can see that before the spike up ACAD had  been in an overall downward trend dating back to February 27th when it traded at $39.85. ACAD has a float of 96 million shares and traded 1.23 times the normal daily trading volume on Tuesday.

For trading purposes, I would like to see ACAD open trading on Wednesday above $32 and if it does I would be looking to take a long position at the bell. My stop loss would be $0.25 from my entry position fearing anything more than that and the stock would start to fill in the gap up.

ACADIA Pharmaceuticals Inc., incorporated on January 16, 1997, is a biopharmaceutical company. The Company is focused on the development and commercialization of medicines for central nervous system (CNS) disorders.

The Company is conducting a Phase II trial, referred to as the SERENE Study, designed to examine the efficacy and safety of pimavanserin as a treatment for Alzheimer’s disease (AD) Agitation.

It is also conducting a Phase III, six-week, randomized, double-blind, placebo-controlled, multi-center, outpatient study, referred to as the ENHANCE-1 study, designed to examine the use of pimavanserin in patients with schizophrenia.

It is conducting a Phase II, 26-week, randomized, double-blind, placebo-controlled, multi-center study, referred to as the ADVANCE study, designed to examine the use of pimavanserin in patients with schizophrenia, having predominant negative symptoms.

It is also conducting a Phase II, 10-week, randomized, double-blind, placebo-controlled, multi-center study, referred to as the CLARITY study, designed to examine the use of pimavanserin in patients with major depressive disorder, having an inadequate response to standard antidepressant therapy with either a selective serotonin reuptake inhibitor (SSRI) or a serotonin norepinephrine reuptake inhibitor (SNRI). 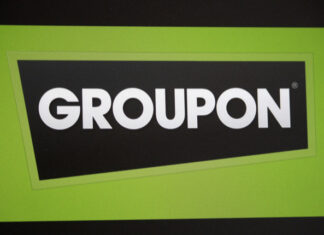