Sonos, a manufacturer of wireless speakers, has made its IPO paperwork public after filing confidentially with the U.S. Securities and Exchange Commission in April.

In its filing, the Santa Barbara, California-based company said it plans to list its shares under the ticker symbol “SONO” on the Nasdaq Global Select Market.

The Wall Street Journal (subscription required) reports that sources close to Sonos expect its shares to begin trading later this month or in early August. Goldman Sachs, Allen & Co and Morgan Stanley are the lead underwriters of the public offering.

Sonos intends to raise up to $100 million through its initial public offering, though that is a typical placeholder figure used to calculate a deal’s registration fee and frequently is updated as the public offering moves forward.

The company has not posted an annual profit in the past four years, but it has reduced its losses over the last three years, from $68.8 million in the year ended September 2015 to $14.2 million in fiscal 2017.

Sonos derives more than half of its total revenue from hardware sales. In fiscal 2017, the company sold 3.9 million devices generating revenues of $992.5 million.

Top investors with a stake in Sonos, include private equity firm KKR with 25% and Index Ventures with 13%. Co-founder and former chief executive officer of the company, Mr. John MacFarlane also owns a stake of 13%, according to the filing.

The company sells its wireless speakers to music nuts and audiophiles as the speaker industry rapidly shifts toward smart assistants, such as Siri and Alexa, from Apple and Amazon, respectively.

Sonos launched its first voice-enabled speaker in 2017, known as Sonos One. It also considers traditional speaker manufacturers like Samsung and Bose as its rivals.

In its S-1 filing, Sonos notes that “smart speakers have become an increasingly crowded product category” over the last year.

CEO John MacFarlane says that some companies see smart speakers “as a tool to harvest data, sell ads, push other services or lock customers into a proprietary ecosystem.”

MacFarlane adds, “What none of these companies do is put the listener first-except Sonos. We believe that the imperatives of commerce should never get in the way of the thing listeners really care about: culture.

That’s why all of our products are designed around a single goal. We want to help people listen better-and live better.”

Sonos was founded 16 years ago by John MacFarlane, Trung Mai, Craig Shelburne, and Tom Cullen. It is widely known for the high-end speakers it designs and manufactures. The company currently offers four smart speakers, two soundbars, a subwoofer and a soundbase.

In addition, it offers the CONNECT to link up its systems to conventional audio devices such as CD players and amplifiers.

The company plans to use net proceeds from the IPO for working capital and general corporate purposes, such as marketing and sales activities, product development, research, administrative matters and research.

It may also use a portion of the proceeds to acquire or invest in, complementary services, businesses, assets, products, or technologies. 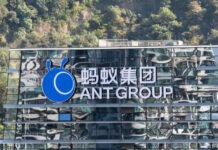 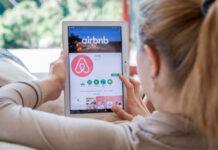