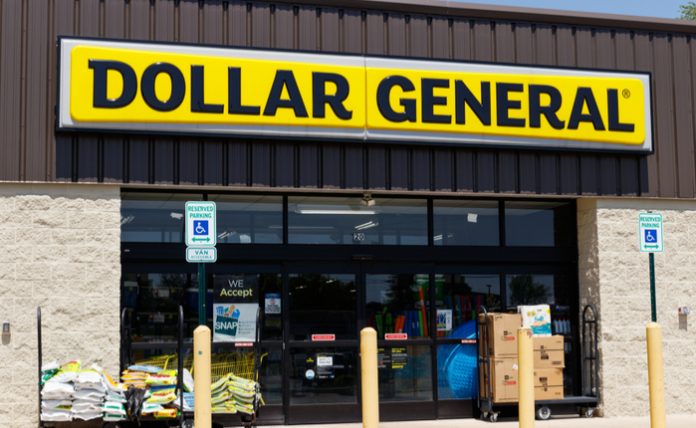 Dollar General (NYSE: DG) warned Friday that it’s sales growth would slow down in 2019 as it issued its new profit outlook, falling well below the expectation of analysts. Although it’s reasonable to take into consideration the possibility of a slowdown in the American economy as the company’s lower-income customer base spending less in such a situation, analysts are disappointed by this assessment from the business.

In response, shares tumbled today in what was the company’s single largest one-day drop since 2016. Overall, Dollar General predicted it’s earnings for 2019 will come in at around $6.30 to $6.50 per share, below the $6.65 forecasted by most Wall Street analysts.


“This gross profit rate decrease was primarily attributable to higher markdowns, lower initial mark-ups on inventory purchases, an increase in the LIFO provision, a greater proportion of sales coming from the consumables category, which generally has a lower gross profit rate than other product categories, and the sales of lower margin products comprising a higher proportion of sales within the consumables category,” said the company according to The Financial Times.

Overall, the Tennessee-based Dollar General has been one of the few big winners in the US retail sector, which has suffered from the ongoing trend of online shopping as retail customer move away from physical retail stores. Nicknamed the “retail apocalypse,” American retail locations have been disappearing at a startling rate as companies in this sector struggle to switch over to online distribution methods. Major brands such as RadioShack, Macy’s, Sears, and J.C. Penny have all announced hundreds of retail store closings over the years, with some of these companies going out of business altogether. As one of the few companies seemingly unaffected by this trend, Dollar General said it planned to spend around $800 million this year on new store openings and remodellings.

At the same time, net sales for the company increased by 8 percent in the three months ending on February 1st, around $6.65 billion and inching ahead of the predicted $6.61 billion by analysts. However, gross profits as a percentage of total sales fell around one percent, down to 31.2 percent.

In response to the news, shares of Dollar General dropped around 7.5 percent in today’s trading session. In comparison, Dollar General gained around 16 percent throughout all of 2018, with around half of this gain getting wiped out in a single day.

A leading American discount retailer, Dollar General operates over 15,000 stores in 44 states, selling branded and private-label products across a wide variety of categories. In fiscal 2017, 77% of net sales came from consumables (including paper and cleaning products, packaged and perishable food, tobacco, and health and beauty items), 12% from seasonal merchandise (such as toys, greeting cards, decorations, and gardening supplies), 6% from home products (for example, kitchen supplies, small appliances, and cookware), and 5% from basic apparel.

Stores average roughly 7,400 square feet, and about 75% of Dollar General locations are in towns of 20,000 or fewer people. The company emphasizes value, with more than 80% of its items offered at everyday low prices of $5 or less. – Warrior Trading News