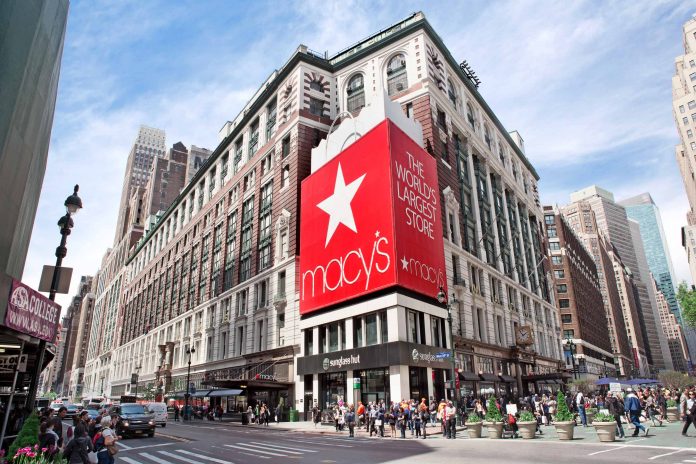 While American retailers have been battered over the past couple of weeks, the entire sector saw some surprising gains on Thursday, thanks to some better-than-expected financial results. Both Macy’s (NYSE: M), Dollar Tree (NYSE: DLTR), and Dollar General (NYSE: DG) all reported impressively strong Q1 retail results, bucking what’s been an ongoing trend of poor retail performance.

Macy’s reported that its first-quarter profits more than doubled from the same period last year. Additionally, the company also raised its profit forecast for the 2022 year. Sales rose 13.5% to $5.35 billion, slightly ahead of Wall Street’s estimates. Macy’s management said that shoppers had shifted away from leisure and cheaper clothing and more towards pricier clothing. The company also said that inflation and other economic issues weren’t so much of a problem.

Discount chains like Dollar Tree saw profits climb more than 40% in Q1 to $2.3 billion. Margins increased as well to 33.9% from last year’s 30.3%, and revenues rose to $731.5 million. The only company that bucked this trend was Dollar General, which saw profits fall by 18% to $552.7 million. However, even this decline was much less than what Wall Street had expected, so a positive sign overall.

“We are in the midst of a very challenging time for consumers as many are living paycheck to paycheck,” said Richard W. Dreiling, executive chairman of Dollar Tree, in an analyst call on Thursday. “They are facing the highest inflation since the early 1980s, record-high gas prices, the effects from the pandemic, geopolitical uncertainty and much more.”

All three companies were up substantially, between 13-20% over the course of the day. What’s more, these gains helped other large retailers like Walmart and Target recover from their earlier losses, both of which are up a few percent right now.

Up until recently, Wall Street had expected the rest of the retail market to struggle following a rough series of earnings results. Both Walmart and Target have blamed the current economic environment for their weaker results, and its one reason why analysts expected similar trends to affect the rest of the industry.

As it turns out, it’s a bit more complex than that. American retailers that cater to wealthier shoppers have held up relatively well, even in higher inflationary environments. In contrast, retailers serving more middle-income shoppers have seen customers spend less on discretionary purchases and more on less-expensive items.

This latter effect is one reason why discount chains seem to be overperforming compared to more mid-range big-box retailers, and its also why higher-end retailers think consumers are spending less on mid-range items and more towards pricier alternatives. It’s also worth noting that discount retailers often sell goods that are necessary regardless of whether were in a bear market or not.

Founded in 1858 and based in New York City, Macy’s operates 570 stores under the Macy’s nameplate, 58 stores under the Bloomingdale’s nameplate, and 160 freestanding Bluemercury specialty beauty stores (as of the end of fiscal-year 2021). Macy’s also operates e-commerce sites and licenses two Bloomingdale’s stores in the United Arab Emirates and Kuwait. Women’s apparel, accessories, shoes, cosmetics, and fragrances comprised 59% of Macy’s 2021 sales. – Warrior Trading News