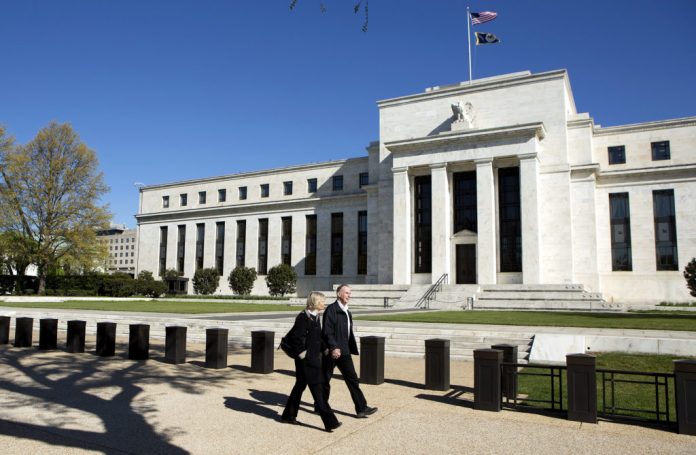 U.S. stock markets looked set to start trading lower on Thursday, a day after the Federal Reserve raised its benchmark interest rate by 75 basis points to a new range of between 2.25% and 2.5%.

In his post-meeting press conference, Fed Chair Jerome Powell said he doesn’t think the U.S. is currently in a recession and “the reason is there are too many areas of the economy that are performing too well.”

Powell added that “another unusually large increase could be appropriate at our next meeting,” but indicated that decision will depend on the data Fed policymakers get between now and then.

The Fed has now hiked rates four times this year, as it attempts to fight red-hot inflation without triggering a severe economic downturn.

Meanwhile, shares of Facebook parent Meta Platforms (META) are sinking after the company posted its first year-over-year quarterly revenue drop since its IPO in 2012.

The social media titan also provided a dark forecast for the current quarter as advertisers cut back on spending.

Meta said late Wednesday that it had earnings of $2.46 per share in the second quarter, missing expectations of $2.54 per share.

Revenue stood at $28.8 billion, down 1% from the same period a year ago and slightly below the consensus estimate of $28.9 billion.

For the current quarter, the company expects revenue to be in the range of $26 billion to $28.5 billion, well below analysts’ estimates of $30.5 billion.

Apple and Amazon in the spotlight

Apple (AAPL) and Amazon (AMZN) are on the spotlight today as the two tech giants prepare to announce how they have performed in the June quarter amid the global economic turmoil.

Spirit Airlines and JetBlue to merge in a $3.8 billion deal

In other news, JetBlue Airways (JBLU) has struck a deal to acquire Spirit Airlines (SAVE) for $3.8 billion, the two companies announced early Thursday.

Under the terms of the deal, JetBlue will acquire Spirit for $33.50 a share in cash, a figure significantly higher than the closing price of $24.30 Spirit’s shares on Wednesday.

If approved by regulators, the merger would create the country’s fifth-largest airline group. 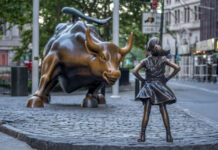