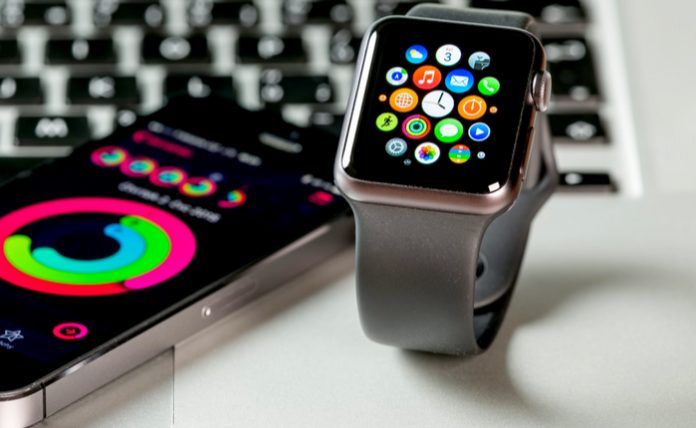 Techies are ooh-ing and ahh-ing over new reports of the next generation of Apple watches that will apparently include a titanium finish option in addition to ceramic.

Unlike the current Apple 4 watch, the Apple 5 is going to be made to match the new pending Apple Card, according to reports breaking today based on gleaned information from iHelp BR.

The Apple 5 watch is expected out in September – similarly, the Apple Card is probably going to launch within weeks.

It’s a concept that people are still getting used to – although Apple Card is a technology often used with the fully digital Apple pay, with no tangible hardware, members also get a titanium card to keep in their wallets.

An article Saturday at CNET talks about being the wonder of presenting your new Apple watch and titanium card together, and seeing how they match.

“Imagine the awestruck faces of your technorati friends,” write CNet staff, “when you whip out your new titanium Apple Card and — gasp — it matches your even newer Apple Watch! (You tilt your wrist subtly to bathe your buddies in the glow.)…”

However, a lot of interest in Apple Card itself has to do with the ability to link an Apple financial account to a cardless payment system, and untether one’s self from the traditional needs to show plastic for purchases, or in this case, titanium.

Still, style matters. Here’s some commentary from David Phelan at Forbes talking about the visual effect the watch produces.

As you start the pairing, a circular pattern starts fizzing on the Watch screen, like a planet coming into existence or something like that, or am I being too poetic?” Phelan writes. “When your iPhone recognizes it’s looking at a Watch, the screen resolves into an elegant fretworked pattern with an Apple logo and descriptive writing specifying the size of the Watch and the metal in the case.”

Look for both of these Apple innovations to turn heads as they emerge.