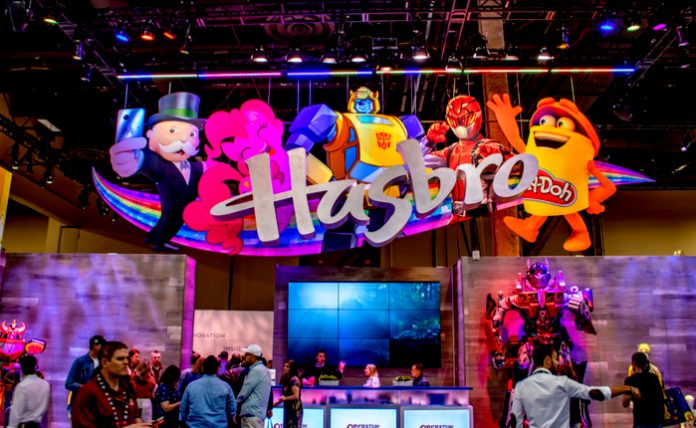 While relations could definitely be worse between the U.S. and China, the reality of the situation is that many companies have already been hard hit by the ongoing tariff war between the two nations. The latest casualty appears to be Hasbro (NASDAQ: HAS), a top toy and game provider, which saw its shares tumble by almost 20% in response to news that earnings had taken a major dip in light of tariff worries.

Hasbro went on to say that already its revenues were up slightly in comparison to Q3 2018, up at $1.58 billion, they fell significantly short of the $1.72 billion expected by Wall Street. Most other financial metrics, including earnings per share as well as sales, also fell short of expectations, with one of the biggest being the company’s operating profits, which were down by 13%.

While the company attributed this to a number of things, including higher royalties, shipping costs, and increased warehouse expenses, Hasbro did admit that a leading cause of all of this has been ongoing tariff concerns and whether the U.S. or China will further alter their trade relations.

“Hasbro remains on track to deliver profitable revenue growth in 2019, behind innovation in gaming, toys and around Hasbro’s Brand Blueprint. However, as we’ve communicated, the threat and enactment of tariffs reduced revenues in the third quarter and increased expenses to deliver product to retail,” commented Brian Goldner, Hasbro’s CEO and chairman. “The team drove continued growth in the Wizards of the Coast gaming brands, MAGIC: THE GATHERING and DUNGEONS & DRAGONS, and delivered significant new holiday initiatives.

The biggest worry for both the company and its shareholders is that while a number of products have been hit by tariffs, the majority of Hasbro’s product lines will come under tariffs in mid-December for the Christmas season. This could severely hurt earnings even further in what would otherwise be the historically strongest quarter for the company.

Shares of Hasbro ended up falling by 16.8% in response to the news, sending the stock to its lowest point seen in over six-months. However, most analysts on Wall Street remain relatively optimistic about the company’s prospects, although a number are likely to switch their recommendations from “buy” to “neutral” following this news announcement. However, considering that trade woes were the main factor behind this decline in earnings, a sudden resolution would lead to a quick recovery for the company. The real question is when (or if) the U.S. and China will end up coming to a lasting agreement. Until then, more companies like Hasbro are expected to report disappointing earnings in the weeks and months to follow.

Hasbro is a branded play company providing children and families around the world with entertainment offerings based on a world-class brand portfolio. From toys and games to television programming, motion pictures, and a licensing program, Hasbro reaches customers by leveraging its well-known brands such as Transformers, Nerf, and Monopoly. Ownership stakes in Discovery Family, Backflip Studios, which develops mobile games, and animation studio Boulder Media bolster Hasbro’s digital presence. – Warrior Trading News