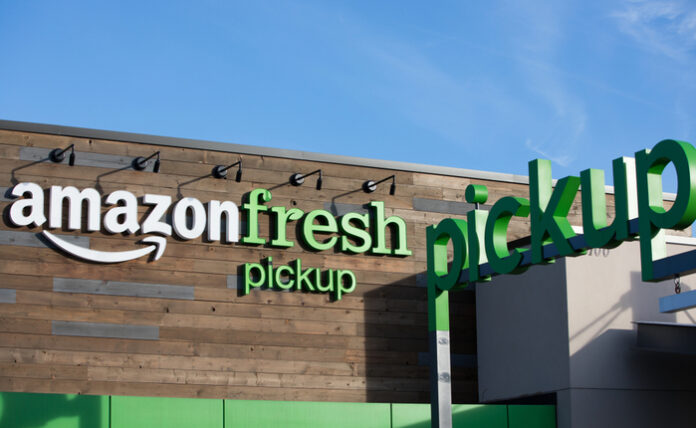 In under a week, a Bellevue, Washington Amazon Fresh store will be bustling with shoppers who don’t have to do anything to pay as they leave.

Tech media is focusing on the first U.S. rollout of Amazon’s Just Walk Out technology in a Fresh franchise for this location to open June 17.

In the new Just Walk Out model, shoppers can use a QR code, a palm scan or an associated credit or debit card, and then fill their carts while virtual systems tabulate what they owe and facilitate payment transactions.

This program builds on Amazon’s Dash Cart technology that was allowing some shoppers with fewer items to skip the line in some of its U.S. stores previously.

Also, although this is the first U.S. store of its kind, Just Walk Out technology is already in use in the UK

“The store is similar to many mainstream supermarkets’ small convenience stores, with fresh baked croissants and fruit and vegetables as well as ready meals, cleaning products and toiletries,” wrote Sarah Butler for The Guardian in March, observing a newly equipped store. “Its hot and cold takeaway foods seem inspired by the likes of Pret a Manger, with wraps, falafel salads and macaroni and cheese boxes. While several people in the queue required help to access the store, inside most marvelled at the ease of the shopping experience.”

Now, with this technology in place stateside, it’s time to cue the masses of hackers trying to find ways to digitally shoplift, including shielding RFID signals or compromising aspects of the new technology.

In other words, as long as there are ways to pay, there will be people trying to find ways not to pay.

Some might also ask how security is going to work in this new cashier-less world. Look for this tech to hit your street soon.