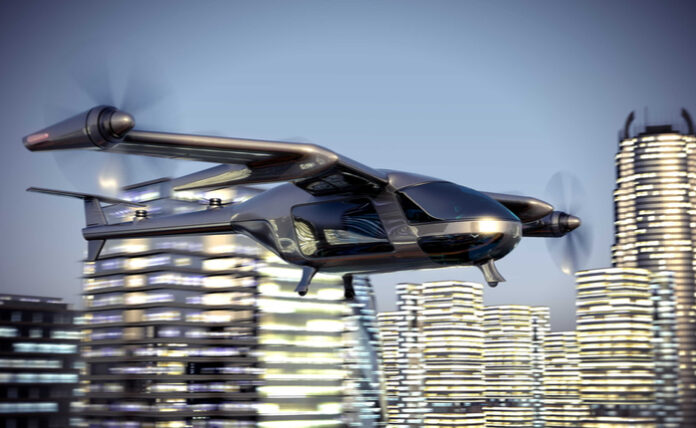 A whole lot of people old enough to remember, say, The Jetsons, would say that we’ve been waiting quite a long time for our flying cars.

Today’s headlines show some progress on this front, though, specifically with the U.S. Department of Transportation’s office of Inspector General looking at regulations and applications for a range of what David Shepardson at International Business Times calls “flying taxis.”

It’s all part of studies around urban air mobility, where short-range aircraft could ferry people around congested areas.

“The FAA said it ‘will cooperate fully with the Office of the Inspector General’s audit and looks forward to providing information about our extensive safety work in this area,’” Shepardson writes.

The vehicle for this type of operation would be an eVTOL, or in other words, a vehicle that has the capability to lift directly up in the air like a helicopter.

Shepardson reports companies like Boeing, Toyota and others are getting involved in eVTOL designs, although planners continue to look at how they would work in busy air spaces.

Although some predict a market of $1 trillion for eVTOLs by 2040, the market is currently quite small.

“The eVTOL aircraft industry will be witnessing massive growth mainly because of the increase in the global urban population followed by the traffic congestion,” writes an analyst at ResearchDive. “According to the United Nations, in 2018, around 55% of the world’s population lived in urban areas and is expected to increase to 68% by 2050. Therefore, demand for efficient and effective mobility in urban areas is a crucial challenge. …. These advancements may lead to an increase in the demand for eVTOL aircraft services in the global market.”

We may not be getting our flying cars tomorrow, but with the growth of urban areas, it may be worth considering long-term plays in this type of transportation space.