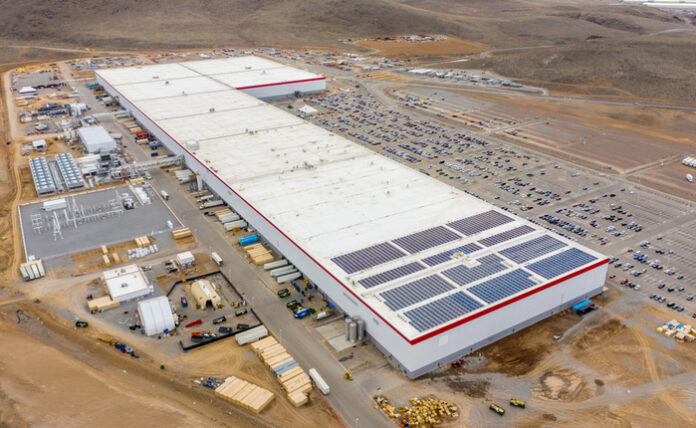 Tesla is gearing up for its new Cyber Rodeo event, at which analysts say the electric vehicle maker expects an audience of around 15,000.

One central aspect of the event will be information on Tesla’s new Gigafactory and how that’s coming online. It’s also likely to feature some of the innovations from new 4680 batteries that were unveiled on the most recent Battery Day, another flagship event from Musk’s top-class auto company.

“The right way to cool down the batteries is from the top and bottom,” writes Iqtidar Ali at Evannex. “Currently, in the 2170 battery packs, the cells are cooled from the sides. However, in the future, Tesla is planning to do it the right way — installing a cooling plate underneath the batteries… With a lower number of 4680 cells, Tesla will be able to reduce around 30-40% of the steel used in the battery pack.”

But in other news, Tesla is supposed to unveil more details about its Cybertruck.

“It’s reasonable to assume there are going to be some official updates regarding Tesla’s long overdue pickup truck,” writes Dan Mihalascu at InsideEVs, revealing details of a plot to spy on Tesla with drones. “Actually, people attending the event have a lot to look forward to given what drone operator Joe Tegtmeyer has discovered while flying his drone around the facility yesterday morning. Parked in an area of the factory were several covered and uncovered Teslas, including two Cybertrucks and a Semi. Up until now, Tesla has never shown more than one Cybertruck prototype in one place, so this is something exciting.”

The first of its kind, this electric truck is something that some people expect to revolutionize this segment of the automotive industry

“Tesla has delayed the production of Cybertruck and Semi trucks to next year at the factory due to parts shortages,”  writes Hyunjoo Jin for Reuters.

Jin reports Tesla needs to fill a backlog for its Model Y and Model 3 vehicles before taking on any big new projects, but Cybertruck is obviously already in the rumor mill, and so it’s assumed that more of us will see this prototype sooner rather than later.

Meanwhile, some covering TSLA news suggest Tesla will get a pump from Musk’s sudden addition to the Twitter board with 9% of holdings.