MagneGas Corporation (MNGA), an alternative energy company made an announcement yesterday regarding a new distribution agreement with leading industrial gas company AWISCO.  The terms of the agreement are that AWISCO will be the exclusive supplier of MagneGas2 fuel in the tri-state area.

“We have worked with MagneGas2 extensively during recent demonstrations at utility companies and other industrial customers.  I am thrilled at the opportunity of representing this incredible product in our region. The feedback that we have received has been unanimously positive and we look forward to becoming the leading supplier of MagneGas2 in our region,” commented AWISCO President Lloyd Robinson.  PR Newswire 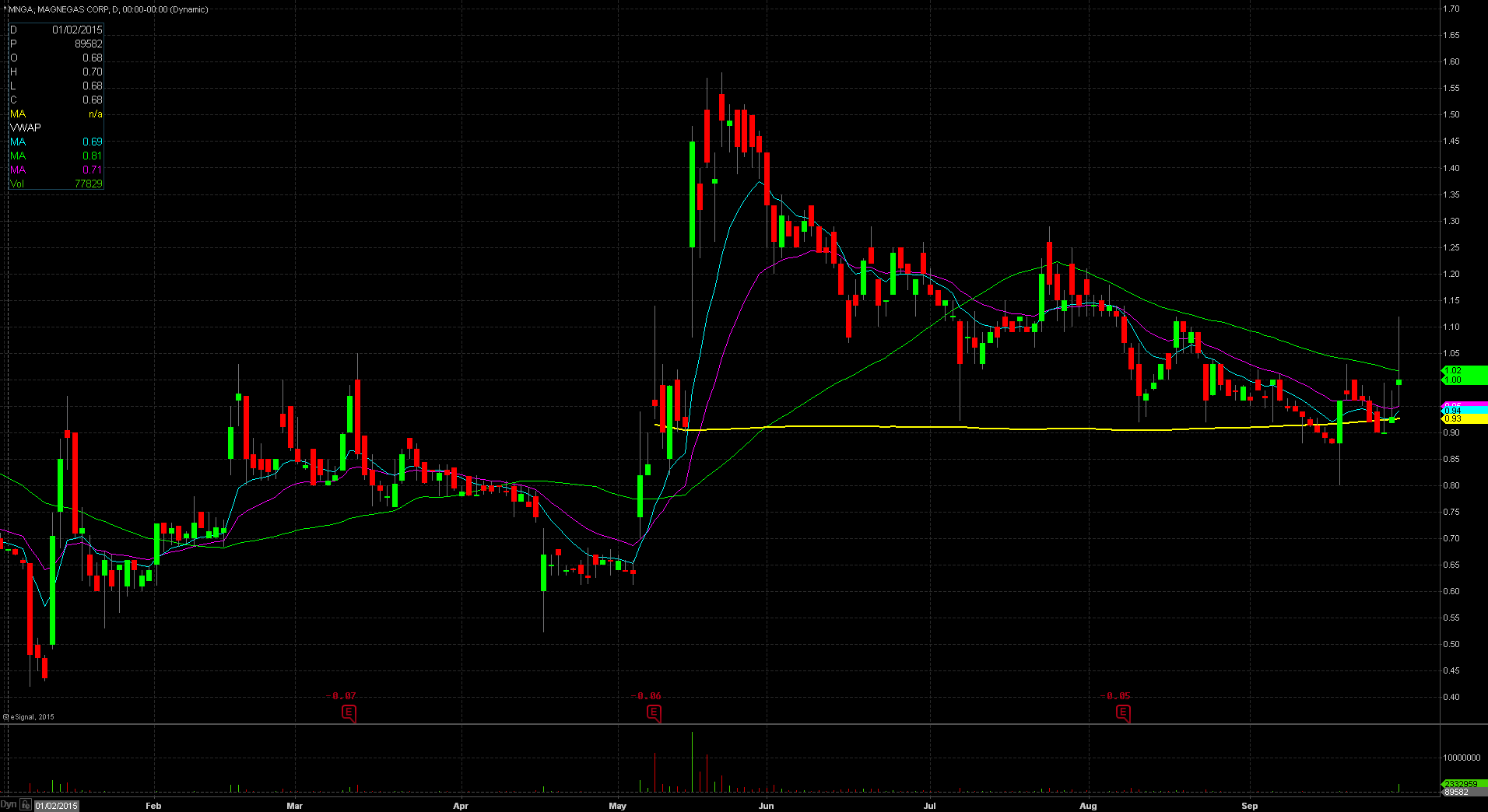 MNGA gapped up in price yesterday to $0.99, up from the prior day’s close of $0.93 which is a 6% increase in price based on favorable news. Taking a look at the daily chart, we can see the last time the stock traded above this price level was on September 23rd when the stock hit a high of $0.99. Taking a further look back on the chart we can see the stock has been on decline since it hit its 52 week high of $1.58 on May 21st.  The stock does have a relatively low float of 24.26 million shares and was trading on high volume yesterday at almost 6 times the normal daily trading volume. Both of these factors make the stock a good candidate for the gap and go strategy. The stock reached pre market highs of $1.12 meaning that it gave back $0.13 at the open equivalent to 12%. For trading purposes my entry point would have been $1.00 looking for a run through the pre market high of $1.12. My stop loss would have been $0.95 fearing anything below that and the move up on the stock would have stalled out.