The company, which had not missed on quarterly earnings In 10 previous quarters surprised many analysts and investors. The shares dropped by the biggest percent on a daily basis since the company went public.

Shares were down 10.17% or $10.65 closing at $94.11 when the session closed for trading at 4 pm. Even the Hefty dividend of 2.02 percent annually could not save the shares from dropping like a rock. The after-hours session show little or no interest in buying shares as they were only up 24 cents as of 8 p.m.

The adjusted earning numbers look like this: After adjustments, the company earned $1.33 per share which is well below the $1.37 that analysts had been expecting. Some comments from followers of the company suggested that their competition with Amazon  in their online segment is what weighed heavily on their profit margins.

The company also reportedly showed an interest in focusing more on items in the $10 and above range. Historically, many Walmart shoppers are bargain hunters who generally look to spend much less if they can.

“A smaller portion of the slowdown was unexpected, as we experienced some operational challenges that negatively impacted growth. Overall, we finished the year with e-commerce sales growth of more than 40%. So, we feel better about the year than the quarter.” 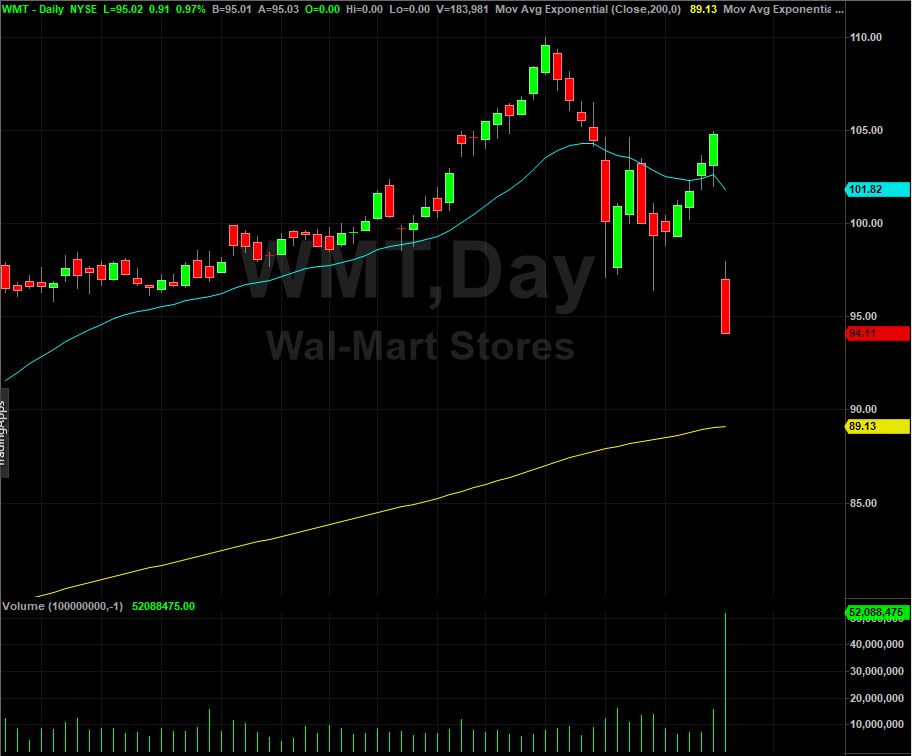 The above chart shows Walmart on the daily price history going back to about October of last year. You will note the oval shaded area which illustrates and open gap that will likely be filled in the days or weeks to come now that the poor earnings have been  announced. 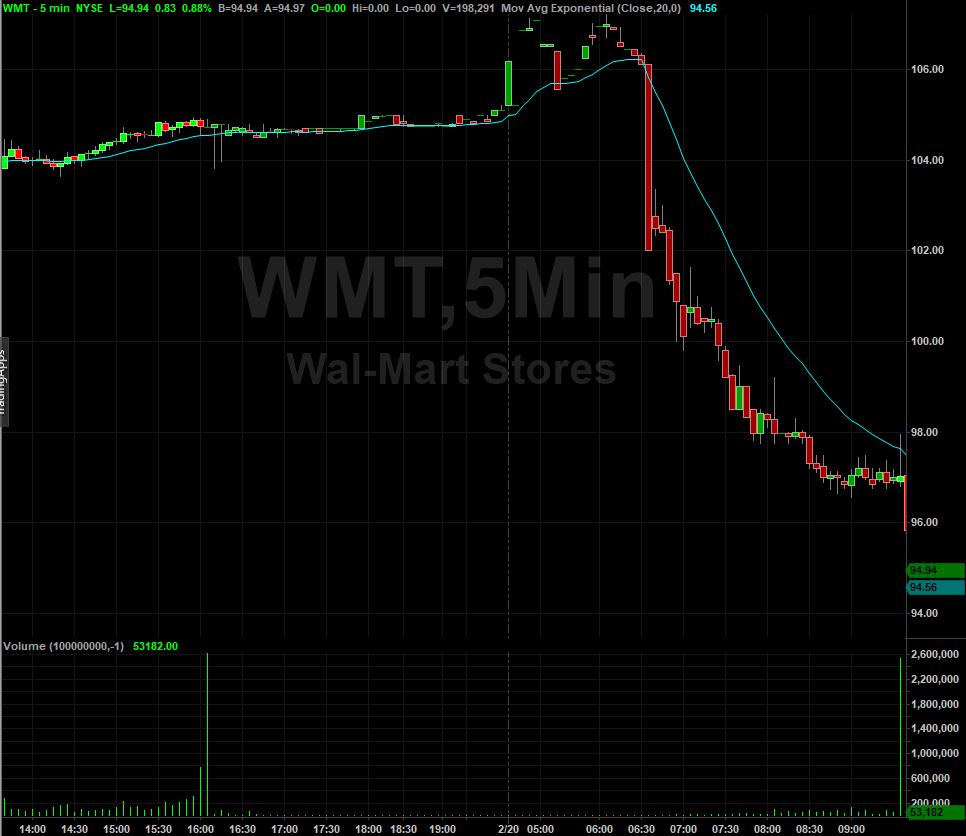 The above price chart shows Walmart trading in the pre-market session on the left and the regular trading session in black on the right on a 5 minute basis. You can see how shares began their drop and steady decline once the earnings were announced hours before the market opened.

It operates 11,593 stores under 63 banners in 28 countries and e-commerce Websites in 11 countries. The company was formerly known as Wal-Mart Stores, Inc. and changed its name to Walmart Inc. in February 2018. Walmart Inc. was founded in 1945 and is headquartered in Bentonville, Arkansas.-YahooFinance