Although earnings did topple analyst expectations, that did not prevent shares in the enterprise software company from slipping 3.7% in the extended session.

The fall increased further to over 6.3% after the company, through its co-Chief Executive Officer Safra Catz presented its forecasts for the fourth-quarter that fell short of investors’ expectations. 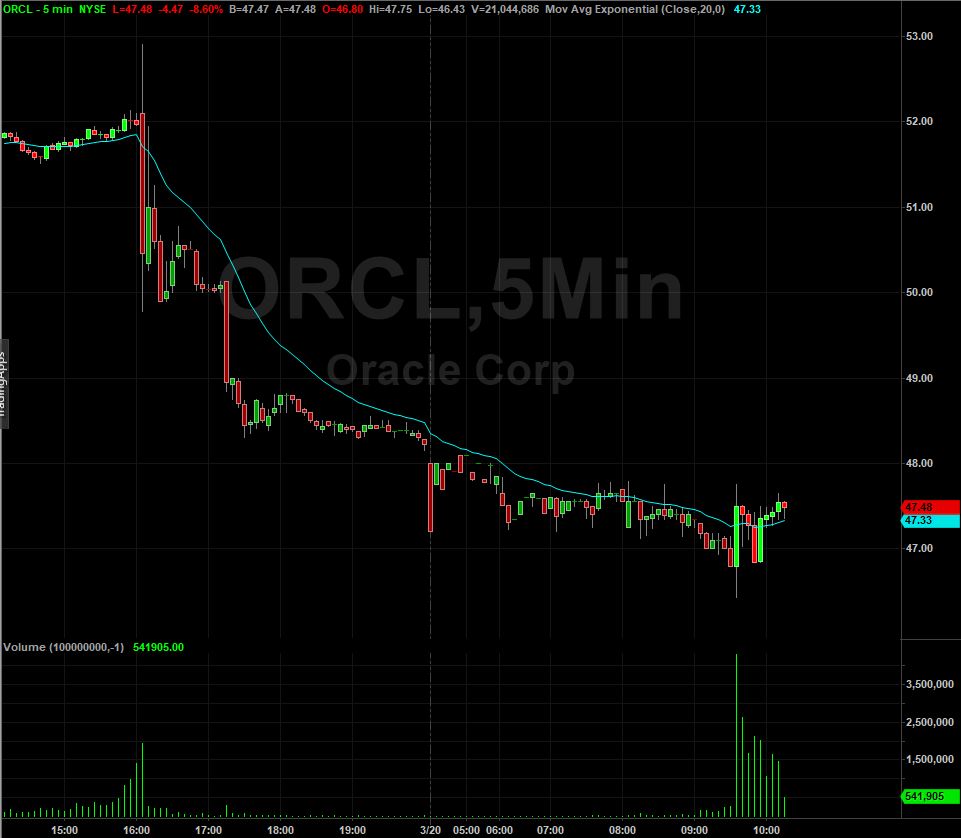 Oracle’s revenue weakness emanated from its Software-as-a-Service (SaaS) business. The firm posted sales of $1.15 billion in its SaaS model representing an increase of 12% from the year-ago period. However, that failed to meet $1.18 billion figure that analysts had been expecting.

Oracle Chief Executive Mark Hurd said in a statement that the firm’s SaaS segment is rapidly nearing $5 billion annually despite being in its early days. Hurd added that the management expects to more than “double the segments size very quickly.” The CEO has previously been quoted saying that that “Oracle’s IT future is autonomous.” He believes that the enterprise software company is “uniquely suited to create the world’s most autonomous technologies, thanks to its modern, expanded data centers.” Hurd also hopes that at as the company invests, its margins will keep on expanding and that its global data center expansion, will be able to help it the IT costs of its customers while mitigating risks and competing fiercely.

Oracle Corporation is a provider of services and products within the information technology field. It was founded in 1977 and its head offices are located in Redwood City, California. The company’s segments include On-Premise and Cloud Software, Services, and Hardware.

The Services segment is made up education services, advanced support services, and consulting services. The Hardware segment is composed of hardware and related products, such as servers, storage, operating systems, industry-specific hardware, management software, virtualization software, and Oracle Engineered Systems, as well as hardware support.