Home Warrior Trading News Articles Elon Musk on the Verge of a Meltdown? 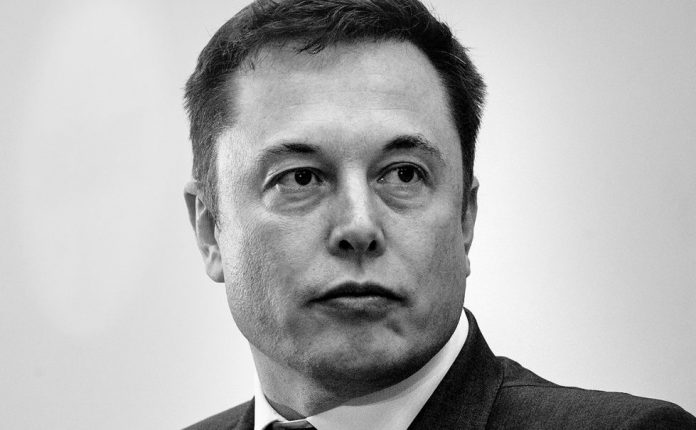 Elon Musk repeatedly broke down during an interview with the New York Times last week, as he admitted taking sleeping pills and explained his controversial “taking Tesla private” tweet.

In the strangely weepy interview, the Tesla chairman and chief executive officer said that the past year “has been the most difficult and painful” of his career, and that “it was excruciating.”

Musk detailed the personal and professional pressures that he has had to deal with at the helm of the electric car company.

A little more than week ago, the billionaire technologist shocked Wall Street when took to Twitter saying he is considering taking the Palo Alto, California-based company private in a proposal valuing it at $420 per share. He went on to say that funding needed for the deal had been secured.

The tweet, which was posted during the official hours of regular trading, caused shares of the electric-car maker to rise sharply to $379 that day. It is not common for chief executives to reveal important shareholder-related news on social media networks before informing shareholders.

As a result, some people have even suggested that the mogul could have been on drugs, and was probably trying to make a simple weed joke but ended up messing. Last week, rapper Azealia Banks raised the possibility of Musk tweeting while on drugs.

Banks who has a well-known history of dramatic grudges with fellow celebrities, revealed on a now-deleted Instagram post that Grimes, who is reportedly dating Musk, invited her to fly out to Los Angeles to finish up on one of their collaborations at the couple’s home.

Banks wrote to her over 600,000 followers, “I waited around all weekend while grimes coddled her boyfriend for being too stupid to know not to go on twitter on acid.” 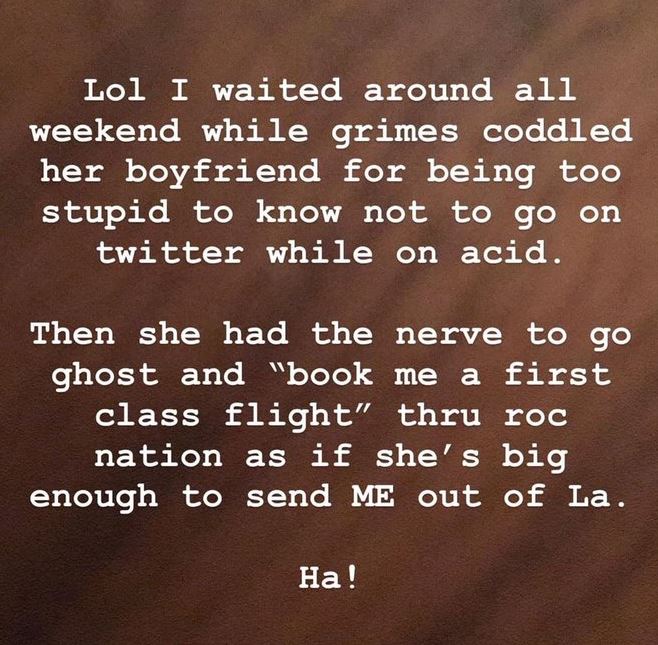 However, Musk defended himself saying telling the NYT that the $420 price he mentioned was just an approximation of the 20% premium over where shares of the company were trading at the time.

“It seemed like better karma at $420 than at $419. But I was not on weed, to be clear. Weed is not helpful for productivity. There’s a reason for the word ‘stoned.’ You just sit there like a stone on weed,” the CEO said. But, he confessed to relying on Ambien to help him sleep.

Musk added that his tweet was based on ongoing and repeated conversations with a Saudi firm. On a blog post published on the official Tesla website last week, the CEO provided more information about his meeting with the Saudi Arabia’s government investment fund on the possibility of taking his company private.

Musk revealed that sovereign-wealth fund had approached him several times in the past two years seeking to privatize Tesla. But, sources close to the matter have revealed that the Saudi firm was not committed to offering any cash.

The ongoing row between Musk and Tesla short-sellers, coupled with his lack of concern for industry traditions in recent months has caused investors and the media to believe that his tweet was a hoax. MarketWatch, citing S3 Partners LLC, reported that Tesla short sellers have gained $1.2 billion since Musk’s tweet.

Majority of Tesla’s Board of Directors have not shown any signs of taking action on their chairman. The board (excluding Musk) praised his dedication to the electric-car company through a statement issued to the media on Friday.

However, Jing Zhao who holds 12 Tesla shares has put forward a proposal seeking to have an independent director assume the chairman role, while Musk retains his CEO position.

The proposal puts the directors between a rock and a hard because Musk is the public identity of the company. He is a key player in the firm and has transformed it into one of the most important automakers in the world.

On the other hand, some shareholders are convinced that time has come for the board to take action on him over his social media conduct.

Tesla shares ripped higher following the going private tweet but have since fallen dramatically as more details emerge along with a huge downgrade from JP Morgan. 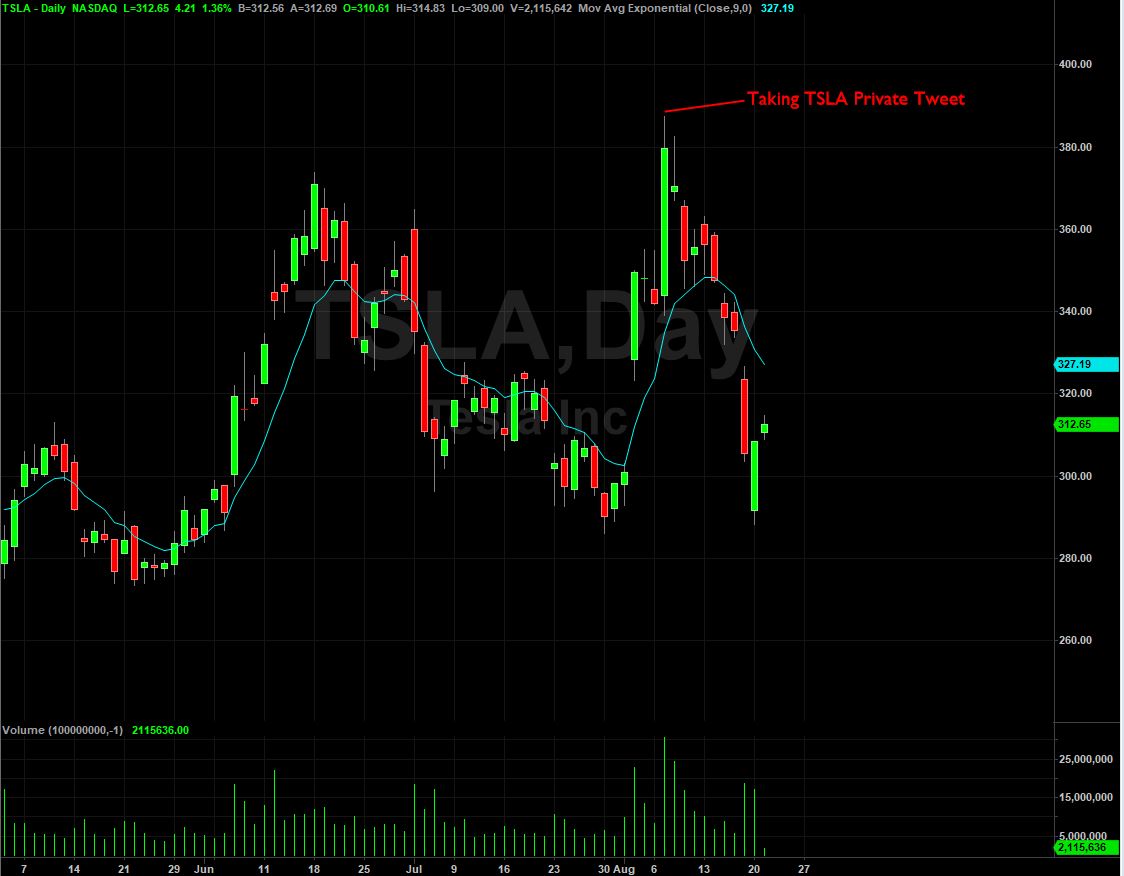 On Monday, JP Morgan analyst Ryan Brinkman slashed Tesla price target from $308 to $195, saying that he was not convinced that Musk had secured funding. The stock lost nearly 5.7% a few minutes after the opening bell, following the downgrade.

Mike, head large-cap trader at Warrior Trading, stated, “Tesla doesn’t burn gas but it sure burns cash and if management cannot procure additional funding while implementing cost cutting initiatives this could just be the beginning of the downswing.”

Musk’s tweet has already attracted the attention of the U.S. Securities and Exchange Commission (SEC), whose primary role is to enforce federal securities laws.

The NYT confirmed that the regulator served Tesla with subpoenas, indicating that its investigation into the billionaire’s tweet has moved into a more formal phase.

Disclaimer – I/we currently do not have any positions in Tesla.