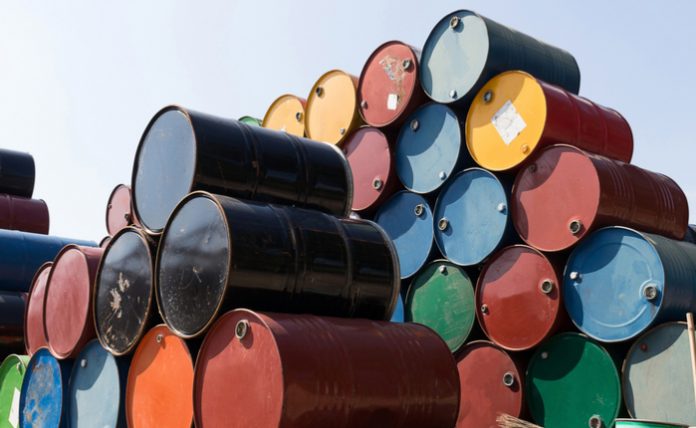 In the complicated world that is the global energy markets, February has been an interesting month. Overall, U.S. benchmark oil futures ended the last day of the month higher then they started in February, increasing by six percent over the past 28 days. At the same time, U.S. oil prices ended the day increasing a couple of percent in response to a weekly drop in domestic crude supply while global benchmark prices dipped on the result of weaker Chinese economic data.

Both benchmarks, however, ended the month with respectable increases for the second consecutive month. U.S. government data released on Wednesday showed that there was an 8.6 million unexpected drop in domestic crude supplies. In response, U.S. oil prices have gone up.


At the same time, crude futures increased yesterday when Saudi Arabia’s oil minister brushed off pressures from U.S. President Donald Trump to cut down their price-boosting production cuts. OPEC and its ally countries have been pursuing a policy where through a series of drastic production cuts, oil prices have increased significantly over the past couple of months.

“The data were undeniably bullish yesterday, though a second straight big build at Cushing bears watching,” commented Paul Sankey, oil equity analyst at Mizuho Securities. “An 8.6Mbbl US crude draw is nothing to shake a stick at, we think it is the biggest February draw in history.”

At the same time, however, international benchmarks took a small hit. Today, traders said the oil market was dealing with several issues, with the biggest problem coming from China. Despite the ongoing US-China trade talk tensions, the Chinese economy has been giving off signs of a slowdown. With factory activity from the country being the world’s biggest oil importer, traders were worried when factory activity shrank for a third time in February as export orders declined at the fastest rate since the 2008 financial crisis.

“Major non-[Organization for Economic Cooperation and Development] markets like China and India continue to account for a disproportionately large share of new crude demand, allowing any increase in economic uncertainty in those countries to quickly cut into crude prices at large,” said Robbie Fraser, global commodity analyst at Schneider Electric.

While there was some optimism for the ongoing US-China trade talks, U.S. Trade Representative Robert Lighthizer put such sentiments to rest when he said that current issues were “too serious” with China. Mere promises from Beijing to purchase more U.S. goods won’t be sufficient to see a swift conclusion to the issues at hand and the representative emphasized that any agreement needed a way to ensure commitments would be maintained.


Regardless, oils comeback in price is something that has been well received by many. Oil producers have been struggling with low prices for the past while, with many being forced to reshuffle their operations and give up their retail operations, as was the case with Husky Energy (TSE: HSE). For these companies, OPEC’s decision to cut production was seen as a lifesaver. “The decisions that OPEC took, together with our non-OPEC partners, literally rescued this industry from total collapse,” said OPEC Secretary Mohammed Barkindo on Thursday, echoing the sentiments of many oil and gas executives around the world.