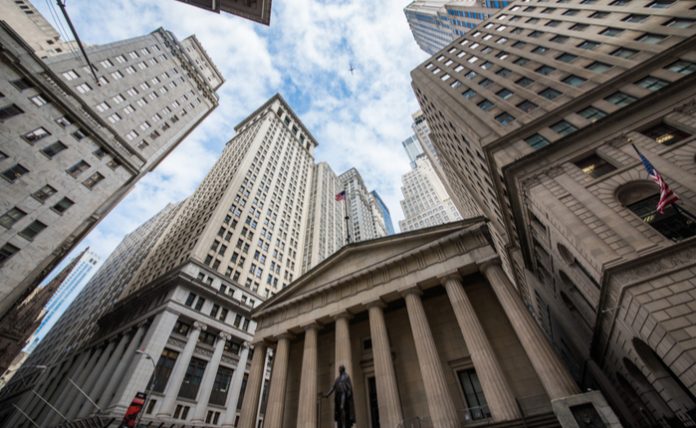 Contrarian bearishness has always had a special appeal among investors; especially since the past few years have been consistently positive in terms of economic metrics. The longer any bull run lasts, the stronger voices become clamoring for a potential downturn.

Although we’ve seen a number of celebrity investors and well-known figureheads in the financial industry speak about this possibility, recently an analyst at one of 2018’s top hedge funds have said that the stock markets could plummet drastically as the yield curve inverted on Friday.

“I think people are going to be surprised where the S&P 500 is trading at the end of the year. We’re going at least for a 40% decline from the S&P’s top,” said Otavio Costa, a macro analyst at Crescat Capital, a hedge fund that oversees $52 million according to MarketWatch. “I believe the second leg of the bear market is what’s happening today,” added Costa, who argued Friday’s slump in stocks may be a continuation of the December selloff.

Overall, he goes on to say that when short-dated yields rise above longer-dated ones this acts as a dangerous signal that could end what has been a 10-year bull run for the S&P 500. Specifically, Costa adds that the growing number of inversions across treasury maturities paints not only a grim picture for equities but a bear market for much of the international economy.

Economists keep a close eye out for these spread inversions, as each one has preceded an upcoming recession since 1960. Although there could be a delay in the timing between these two events, the direct correlation between these two events is relatively undisputed by economic experts. The last time this happened was back in 2007 just as the housing bubble burst.

The Denver-based hedge fund, while having only $50 million under management, has returned an impressive 41 percent last year with their investment philosophy that bears resemblance to the contrarian “doomsday” funds that have been growing in popularity. Costa went on to say to Bloomberg that around 75 of the hedge fund’s positioning is betting against equities and buying gold, calling it the macro “trade of the century.”

“We think it’s a lot closer than that and we have a number of macro timing indicators that we look at. Soon the buy-the-dip mentality and bull-market greed will turn to fear. Selling will beget more selling. That’s how bear markets work,” Costa wrote. “There is so much more ahead to profit from the short side of the market. The bear-market rally is running out of steam! The last two times the credit markets had such a high distortion, asset bubbles began to fall apart shortly thereafter.”

Like many bearish funds that bet against the markets, most tend to see declines for many years before having sudden spikes in returns as occasional bad years make up for the slow but steady declines. While Crescat Capital saw 41 percent returns in 2018, the company did have 23 percent losses in 2017.

The company expects that the major bear reversal wouldn’t happen this year, but rather sometime in 2020 or 2021. Until then, the small hedge fund will continue to bet that weakening Chinese economic data will ripple throughout the global economy.