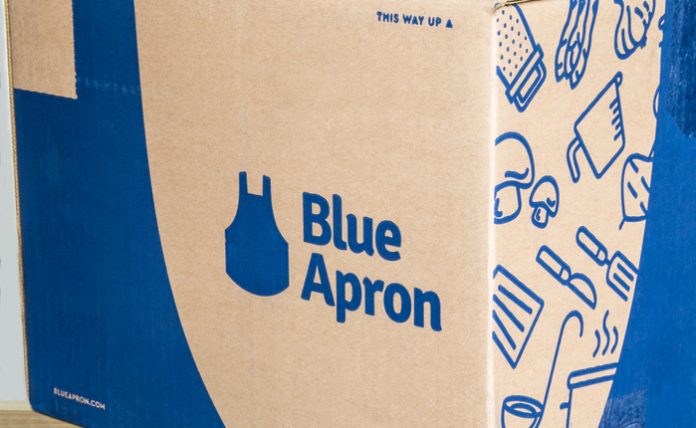 Brad Dickerson, CEO of Blue Apron Holdings Inc  is stepping down this week to pursue new opportunities, the meal-kit delivery company said in a press release Tuesday. Dickerson, who became chief executive, president, and a board director of Blue Apron in 2017 will be replaced by Linda Findley Kozlowski, effective as of April 8.

Ms. Kozlowski previously served as chief operating officer of Etsy Inc . She was responsible for product, marketing, acquisition and customer engagement during her time there. Blue Apron said Kozlowski is also going to serve as president and a member of its board of directors.


“This is an exciting time to join Blue Apron,” said Kozlowski. “Over the past year, the company has made significant product, platform and operational advancements, and now has the right foundation for growth. I look forward to working closely with the team to focus on the best opportunities to attract and engage consumers and drive the business to new levels of performance.”

Dickerson, on the other hand, is expected to remain with the company as an adviser for an undisclosed period of time to help with the transition process. He joined Blue Apron as its chief financial officer three years ago, and later took the top job from the company’s chairman, Matt Salzberg.

Co-founder and chief technology officer of Blue Apron, Ilia Papas is also giving his roles to pursue new opportunities. The company said it has a transition plan, adding that Papas’ last day will be in early May.

Blue Apron stock creeped up 17.5% in early trading Wednesday to $1.14 a share, as Wall Street hailed the departure of Dickerson and Papas. Blue Apron on Tuesday also reaffirmed its outlook of a significant improvement in net loss and posting a profit on the basis of adjusted EBITDA for the current quarter and full year.

The company has not had an easy time of it since making its Wall Street debut in June 2017. Its growth has been slumping at an alarming rate as it continues to lose customers to rivals. Last year, its executives announced plans to cut its workforce by 4%.

Blue Apron Holdings Inc is a United States based company involved in discovering new recipes, ingredients, and cooking techniques to prepare meals which are sent along with fresh, seasonal ingredients, directly to customers. The company offers its customers two flexible plans, a 2-Serving Plan; and a Family Plan.

Blue Apron’s recipes are accompanied by printed and digital content, including how-to-cook instructions and the stories of its suppliers and specialty ingredients. The company also sells wine, cooking tools, utensils, and pantry items.