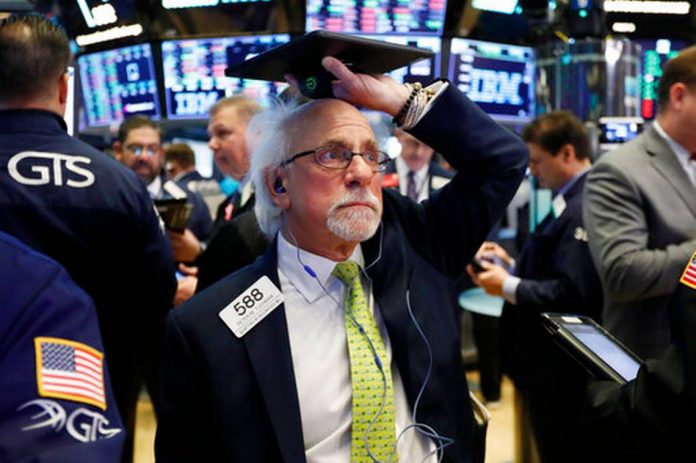 Wall Street is paying close attention to the ongoing trade talks between China and US that are taking place in Washington. On Wednesday, President Trump’s economic advisor Larry Kudlow told reporters that both sides are making good headway toward a trade agreement.

Kudlow added that Chinese delegation had recognized problems for the first time during the discussions that the US has raised for years. Trump will meet with Chinese Vice Premier Liu He in the White House later today. Mr. Liu is leading Chinese delegation in the negotiations.


UK House of Commons on Wednesday voted in favor of a bill that prevents the country from crashing out of the European Union without an agreed deal on April 12. The legislation passed by 313 votes to 312, and requires Prime Minister Theresa May to seek an extension from EU leaders.

Lawmakers voted on the bill at 5 p.m. ET, hours after the Prime Minister held discussions with opposition Labour leader Jeremy Corbyn aimed at finding common ground on a divorce deal.

Brent crude edged higher on Thursday toward $70 a barrel amid data showing crude oil inventories rose by 7.2 million barrels last week. The international benchmark for oil prices has gained about 30% since the beginning of 2019. U.S. West Texas Intermediate futures contract, which has gained more than 37% this year, fell $0.08, or 0.1%, to $62.38 per barrel.

On Wednesday, the Energy Information Administration said that crude oil inventories in the US increased by 7.2 million barrels last week, thanks to a jump in net imports. Analysts were expecting a decline of 425,000 barrels.

On average, analysts polled by FactSet were expecting Tesla’s car deliveries to fall to 76,000 in the first quarter. According to a statement released by the company, total sales figures included 12,100 luxury Model X SUVs and Model S sedans, and about 50,900 Model 3 sedans.