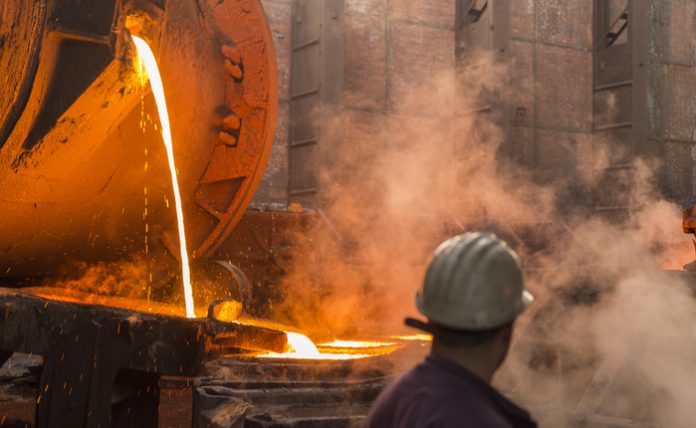 While commodity prices have been rising over the past couple of months, the global copper supply is expected to see a hike in the coming years. Giant mines currently under construction are estimated to produce an extra one million tons of copper over the next few years. Despite this, industry experts agree that the next few years will see copper prices surge as the demand for the metal eclipses global supply.

According to Bloomberg, industry experts converged recently to attend one of the copper industries largest conferences. Overall, sentiments were high as the various experts predict a bull market for copper, especially with key indicators pointing to the tightest market for the metal in over five years. Both Morgan Stanley, Macquarie Group, and other institutions at the event rated copper as one of their top picks going forward.


“We are looking at a classic resource cycle,” said Colin Hamilton, managing editor for commodities at BMO Capital Markets. “No one has copper coming now, when it is needed, but everyone has projects coming 2022-2023 –- potentially after we’ve had to drive some substitution.”

Copper prices have had an interesting relationship with global markets, often acting as indicator signs for potential economic slowdowns, especially in the Asian/Chinese economies. As many investors begin worrying over the potential of a recession as Chinese economic data shows some weaknesses, coppers’ strong price is one of the main bullish signs going against this theory.

Copper futures on New York reached their highest point in three years back in late 2017. However, copper projects have been declining since then as major companies switched their focus on discovering and constructing new projects. Anglo American (LON: AAL) has begun building its Quellaveco mine located in Peru.

Despite this, CRU Group – which ran the main conference – expects that the copper market will enter a deficit in the news to come. Throughout 2019 and 2020, supply will exceed demand by around 100k tons, but 2021 and 2022 will see deficits grow to around 50k per year. In 2023, however, this figure is expected to jump with almost 300k tons in deficits despite these massive copper projects beginning production.

“Prices were higher at the beginning of last year, and as a result of that a lot of board approvals came through. Because we’ve seen lower prices since then, a lot of people have started to hold back. I think projects are going to get approved at around $3.20, or something like this,” added Vanessa Davidson, CRU’s director of copper. “When that happens, we could see again a lot of people going ahead with projects.”

Copper prices are expected to end the year at around $2.86 per pound, close to the current $2.93 price range it’s sitting at right now. While experts at the conference predicted prices will stay the same for the next two years, as deficits kick in, prices are forecasted to reach $3.30 in 2023.