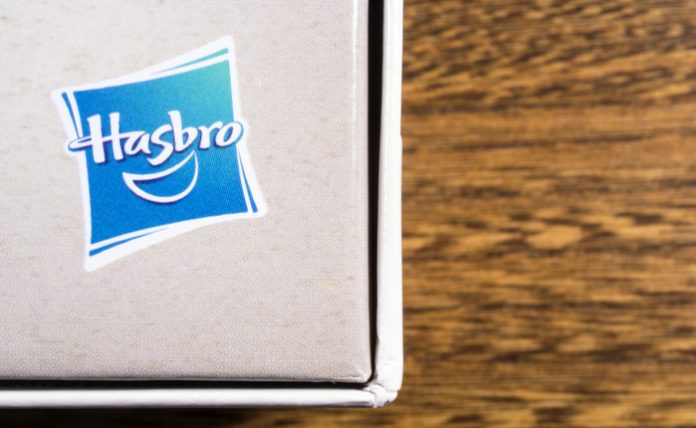 Retail chains have been struggling over the past decade. One of the biggest casualties from this retail apocalypse was Toys ‘R’ Us, which announced that it was going to liquidate all of its assets.

In turn, toy makers have been hit drastically as one of their most important sales channels for these companies shut its doors altogether.

With worries abound for the future prospects of these companies, one major toy maker surprised Wall Street by reporting unexpected profits. Hasbro (NYSE: HAS) jumped just under 15 percent on Tuesday as it beat sales estimates.


Hasbro owns a number of well-known brands such as Monopoly, Nerf, and Transformers, yet despite being one of the largest toy makers in the country, it has fallen out of favor among other companies impacted by the decline of physical retail sales.

“The global Hasbro team is executing very well and delivered a good start to the year. Our long-term investments in new platforms provided a meaningful contribution from our digital and e-sports initiative, Magic: The Gathering Arena, as well as growth in MAGIC: THE GATHERING tabletop revenues. In addition, MONOPOLY, PLAY-DOH and TRANSFORMERS were among the brands posting revenue gains this quarter,” said Brian Goldner, Hasbro’s CEO. “We are beginning to see improvement in our commercial markets, notably in the U.S. and Europe, and operating profit was driven by high margin revenue growth and our cost savings activities. With most of the year ahead of us, we remain on track to deliver profitable growth for the full-year 2019.”

Over good signs for the company included that their gross margins were up, along with the fact that inventories were down. There were some weak performances, specifically from its Nerf division which continues to struggle with sales. Regardless, the company’s performance has been better than expected.

“In addition to executing on the top-line, our team remains focused on implementing the cost savings initiatives we announced last year,” added Deborah Thomas, Hasbro’s chief financial officer. “We continue to expect full-year net cost savings of $50-$55 million, as we announced in February. Our balance sheet is strong and we continue investing in areas intended to drive long-term profitable growth.”

Shares increased 14.2 percent by the end of Tuesday’s trading session, settling at $100.65 per share. Over the past six months, stock prices for the company have ranged between $90 to $100 prior to December before falling into the high 70s in January.

Hasbro is a branded play company providing children and families around the world with entertainment offerings based on a world-class brand portfolio.

From toys and games to television programming, motion pictures, and a licensing program, Hasbro reaches customers by leveraging its well-known brands such as Transformers, Nerf, and Monopoly.