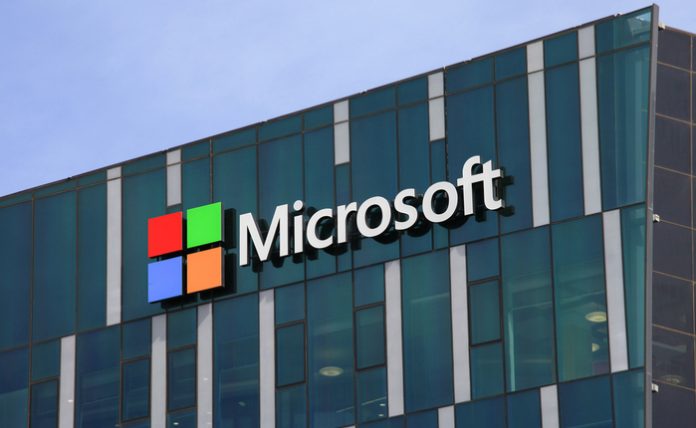 Joining Apple (NASDAQ: AAPL) and Amazon (NASDAQ: AMZN) as one of the only U.S. companies to ever reach this esteemed size, Microsoft’s addition into the trillionaire’s club is seen as an extremely positive sign for the company, whose shares have been surging in recent months.

Shares of Bill Gate’s software firm jumped up as much as 5.1 percent in early trading on Thursday as stock prices reached a new intraday high.

Pushed by excitement at the possibility of Microsoft reaching the much esteemed one trillion-dollar market cap, traders helped push prices up above the $130.50 per share needed to give the company a $1 trillion market value.

Shares ended up dipping a little bit later on in the day, settling at $129.15 per share with a 3.31 percent gain on the day. Regardless of the decline, the one-trillion-dollar mark has finally been reached by the tech giant and represents a huge symbolic landmark for the firm.

Looking at the history of Microsoft over the past couple of decades, the company’s overall market cap peaked around $600 billion in the earlier 2000s before plummeting downwards. For the next ten years between 2002 and 2012, Microsoft market value hovered around the $300 million range.

However, around 2014, this has been steadily increasing, with the past couple of years seeing the company’s market cap skyrocket to the point where it added around $700 billion over four years. While such a turnaround was unexpected for the tech giant, it certainly was appreciated by blue-chip investors.

Today’s rise in share price also came as first-quarter results were announced late Wednesday, indicating that Microsoft’s cloud-computing business had a strong quarter and sales of it’s Windows operating system recovered. The company saw a 14 percent increase in quarterly sales in comparison to last year, a much larger increase then what Wall Street had expected for the tech giant.

“The company continues to execute on its core positioning in enabling its customers’ digital transformation,” said Nomura Instinet, an analyst at Christopher Eberle who has “buy” rating on Microsoft shares. Overall, the tech giants’ shares have increased 27 percent so far in 2019 as well as up 40 percent in the past 12 months.

With growing signs of global economic activity slowing down, some investors are looking to invest in companies like Microsoft who, despite their massive size, have been able to steadily increase sales as well as boast rising share prices.

Microsoft develops and licenses consumer and enterprise software. It is known for its Windows operating systems and Office productivity suite.

Through acquisitions, Microsoft owns Xamarin, LinkedIn, and GitHub. It reports revenue in product and service and other revenue on its income statement. – Warrior Trading News