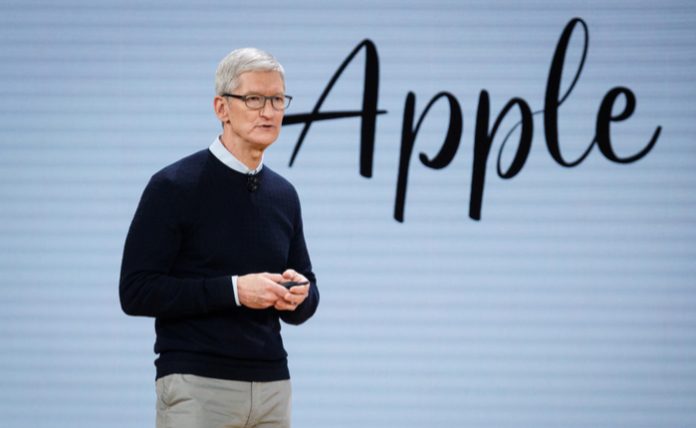 Apple Inc (NASDAQ: AAPL) reported earnings after markets closed on Tuesday. The performance of the iPhone maker in Greater China was a key area of focus after economic weakness there prompted the company to post downbeat results during the holiday quarter.

Apple continued to struggle in the region with sales coming in at $10.22 billion, a decline of 22% on a year-over-year basis. However, the tech giant provided a higher-than-expected forecast for the current quarter and announced that it intends to use $75 billion to buy back its own shares.

Shares of company jumped more than 5% in the after-hours trading hours after declining in the regular session. The stock had gained about 27% since the beginning of the year, through Tuesday’s close.

Apple posted quarterly earnings per diluted share of $2.46, a drop of 10% and quarterly revenue of $58 billion, down 5% from the same period last year. Analysts polled by Refinitiv were expecting the tech giant to report earnings of $2.36 per share on revenue of $57.37 billion.

For the current quarter, Apple expects revenue to be in the range of between $52.5 billion to $54.5 billion, above analysts’ expectations of $51.94 billion.

“Our March quarter results show the continued strength of our installed base of over 1.4 billion active devices, as we set an all-time record for Services, and the strong momentum of our Wearables, Home and Accessories category, which set a new March quarter record,” said Apple CEO Tim Cook.

“We delivered our strongest iPad growth in six years, and we are as excited as ever about our pipeline of innovative hardware, software and services. We’re looking forward to sharing more with developers and customers at Apple’s 30th annual Worldwide Developers Conference in June.”

The iPhone makes up the majority of Apple’s total revenue. In addition, Apple offers its customers a variety of services such as Apple Music, iCloud, AppleCare and Apple Pay, among others.

Apple’s products run internally developed software and semiconductors, and the firm is well known for its integration of hardware, software and services.

Apple’s products are distributed online as well as through company-owned stores and third-party retailers. The company generates about 40% of its revenue from the Americas, with the remainder earned internationally.