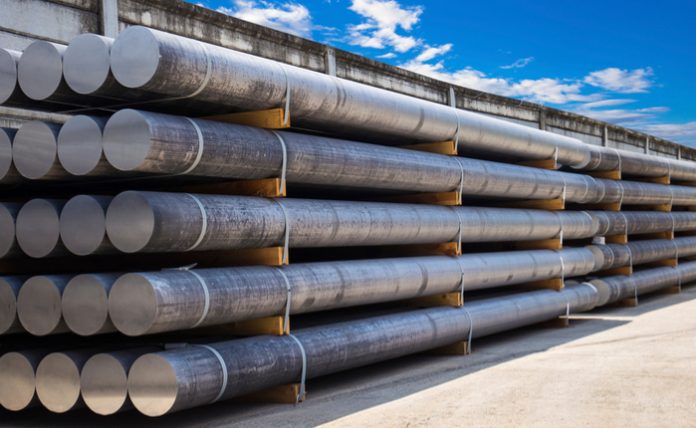 While precious metals like palladium and gold have captured the spotlight in terms of investor attention, another group of commodities has been struggling recently as signs of economic weakness specifically in the form of manufacturing data continues to be weak.

Prices for industrial metals like lead, aluminum, and copper have all been declining recently and represent worrying trends going forward.

These declines first began in late March for aluminum with other industrial metals following suit in April. However, these price decreases have been compounded by weak manufacturing data from both China and the U.S. Specifically, Beijing’s figures are raising worries that the country’s stimulus efforts have failed to kick in as sharply as investors had first hoped.

Industrial metals serve as a barometer for the global economy and are closely watched by wary investors. Copper, in particular, has been valued for its ability to predict downturns in Asian economies, earning it the moniker of “Dr. Copper” as declines in the red metal have been a “canary-in-the-coalmine” for eastern economies. In contrast, Aluminum demand is more evenly spread out around the world and is a slightly better indicator of the state of the global economy.

Some analysts have said that investors have dialed back their bets on metals as trade tensions between China and the U.S. continue to grow. Several metals have already given up their strong Q1 start’s and are trading close to multiyear lows, in contrast to U.S. equities which are trading at new highs.

Investing in industrial metals “when you’re heading into a binary outcome and you’re relying on President Trump obviously isn’t an attractive prospect,” said Max Layton, head of commodities research for Europe, Africa, and the Middle East at Citigroup.  President Trump’s recent tweets about raising U.S. tariffs on $200 billion worth of Chinese goods hasn’t boded well for the commodities markets either.

Lead in particular has struggled, declining 6 percent over the past month on the London Metal Exchange. Used primarily in construction, electrical goods, and automobiles, lead has declined by 17 percent over the past year and is currently sitting at $1,871 per metric ton, the lowest price since September 2016.

Much of this came from declines in Chinese auto sales. First-quarter car sales by official Chinese sources show purchased declined by 11.3 percent in comparison to the same time last year.

Recent data released last week showed that official Chinese factory activity declined in April after hitting a six-month high in March. At the same time, U.S. factory activity has also dropped, as one index from the Institute for Supply Management has fallen to the lowest growth rate since October 2016.

Additionally, another factor exerting pressure on industrial metals has been the rising dollar, which makes commodities more expensive for international buyers as metals are denominated in U.S. currency.

Other metals, such as Tin and Nickel, have also fallen substantially over the past month, declining 9 and 8 percent respectively, while copper and zinc prices have dropped 5 percent. There are still some who are pretty optimistic about metal prices, however.

Mr. Layton added that Citigroup raised its near-term forecasts for aluminum and copper, despite recent declines, as they remain hopeful that a U.S.-China resolution can still be achieved.