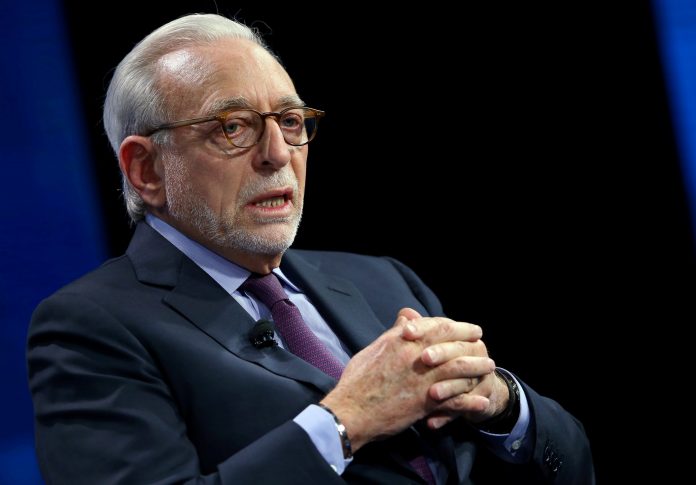 One of America’s most iconic companies has suffered a significant setback.

Well known billionaire investor Nelson Peltz, who recently was appointed on the board of Aurora Cannabis (TSE: ACB)(NYSE: ACB), made news on Friday when his multi-billion-dollar asset management company, Trian Fund Management, announced that they were selling off some of their position in General Electric (NYSE: GE).

According to a form the fund filed with the Securities and Exchange Commission (SEC), Trian sold over 6.6 million shares of General Electric stock between the two day period between May 22nd and May 24th. While the sale is still just a portion of Trian’s overall position in the company, the $64.2 million move from the hedge fund was a big symbolic blow to General Electric.

“The reduction by Trian in its holdings in GE was for portfolio management purposes, including the expiration of the lock-up period for investors in a co-investment fund,” the fund told Barron’s in an email. “As a large shareowner with a seat on the board, Trian currently expects to remain highly engaged with the Company for the foreseeable future.”

There are still plenty of problems for the company going forward. For one, the asset sale of its biopharma unit to Danaher (NYSE: DHR), could be in trouble. Although the company agreed to buy GE Biopharma for $21 billion, a weakening life sciences market could potentially endanger the deal, with Danaher deciding that it might not be worth it after all.

At the same time, fears about the company’s pension liabilities remain, although there is some indication that these might be overblown. While the companies core industrial division in aviation remains strong, it hasn’t been enough to prevent the company from having a turbulent year in 2018. Even before that, shares of the company have been falling drastically in even as far back as 2017, something that has made many investors increasingly alarmed.

Shares of General Electrics fell by just under 2 percent on Friday’s trading session in response to the news. Although Peltz’ stake in the company was relatively small, it was a big symbolic blow for the conglomerate, which had a terrible 2018 fiscal year.

Losing 56 percent in last year alone, General Electric was one of last years biggest losers, something that has troubled many investors and analysts alike.

With historical ties to inventor Thomas Edison, General Electric was formed through the combination of two companies in 1892.

Today, GE is known for its digital industrial offerings and massive installed base spread across a variety of products and services, including aircraft engines, gas turbines, steam turbines, wind turbines, locomotives, and LED lighting, among others.

In its current form, the company focuses on aviation, healthcare, and power, but management announced corporate actions in 2018 that will make aviation, power, and renewable energy the primary areas of focus going forward. – Warrior Trading News