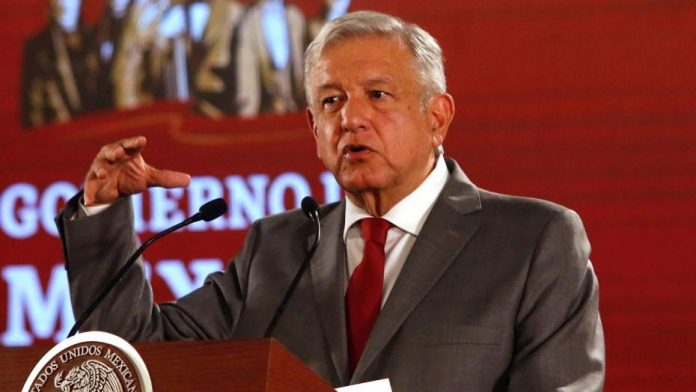 Stocks on Wall Street are set to start the week lower as top officials from Mexico and the U.S. kick off high-level immigration talks in Washington, aimed at fending off White House’s threat of imposing 5% tariffs on all goods coming from the southern neighbor.

Last week, President Donald Trump vowed to slap Mexico with the tariffs beginning June 10, until the country stops the flow of illegal immigrants across the border. As of 6:44 a.m. ET Monday, futures on the blue-chip Dow were down 95 points or 0.4%.

President Trump has arrived in the U.K. for a three-day state visit, during which he will meet Queen Elizabeth II and hold talks with Prime Minister Theresa May in Downing Street.

The president is also expected to travel to Ireland on Wednesday to meet Prime Minister Leo Varadkar, and later attend events to mark the 75th anniversary of the D-Day landings.

Trump said during an interview with the Sunday Times on Saturday that the U.K. should “walk away” from the European Union if the bloc does not offer a deal. His remarks came at a divisive time in U.K. politics, with May set to step down as prime minister on June 7.

The president has also thrown his support behind Boris Johnson, claiming he would do a “very good job” as the U.K leader.

Infineon will pay $23.85 per Cypress in cash ($10 billion enterprise value, counting debt), representing a 46% premium to the San Jose-based company’s 30-day volume-weighted average price prior to reports of a possible deal.

Infineon, which expects to close the transaction by the end of 2019 or in early 2020, believes the deal would ultimately raise it revenue potential by around 9%.

Infineon shares were down 4.6% in the early minutes of trading in Germany, while shares of Cypress surged 23.74% in premarket trading session following news of the deal.

Pet food seller Chewy Inc announced today that it is launching the roadshow for its upcoming initial public. The Dania Beach, Florida-based company plans to offer 5.6 million shares for between $17 and $19 apiece.