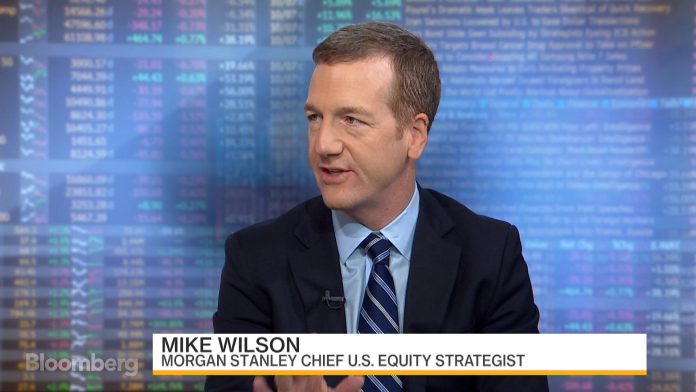 It’s hard to deny now that there are more signs currently that an economic downturn is on the way. The question is, whether or not this reversal will be sudden, dramatic, and painful, or whether it will be slow, gradual, and stretched out.

While bulls have previously cast aside fears over a looming bear market in 2019, the recent reversal of historically accurate economic predictors, such as industrial commodities (copper, aluminum, etc), have been a canary in the coal mine for investors worrying about what’s to come.

Recently, a top expert at Morgan Stanley and one of the most bearish analysts on Wall Street warned that a recession is now unavoidable.

Morgan Stanley’s Chief Investment Officer Mike Wilson went on to speak significantly on the subject, claiming that both the micro and macroeconomic data is “continuing to deteriorate,” as declines in capital spending, manufacturing demand, poor retail earnings, disappointing freight shipments, and mediocre employment figures are all proof that the economy is running on fumes.

“This raises the risk of my core view playing out — that companies will do whatever it takes to protect margins, and while labor is the last lever they pull, they will use it if they need to,” he wrote according to MarketWatch. Wilson also dismissed the option of a possible rate cut from the fed as well. “A rate cut after a long hiking cycle tends to be negative for stocks, in contrast to a pause like in January, which is typically positive. I’ve been vocal about the likelihood of U.S. earnings and the economic cycle disappointing this year. Specifically, I’ve argued that the second half recovery many companies have promised and investors expect is unlikely to materialize.”

Most investors would attribute much of this due to the trade tensions between Washington and Beijing. With the recent retaliatory rounds of tariffs from both countries affecting global markets, numerous markets, sectors, and economic metrics have taken a hit for the worse.

However, Wilson says that the U.S.-China trade tensions are overrated in this regard, with the economy has already shown signs that it was slowing down long before.

“If you listen to what the markets have really been saying this year, they seem to agree with our view that growth will disappoint whether there is a trade deal or not,” he added, warning investors to position themselves conservatively, dialing back on growth stocks while doubling down on more defense sectors like utilities or consumer staples.

So far, the U.S. has seen one of the longest bull markets in its history. Worries that a potential turnaround was upcoming have been around for a while, with fears growing back in 2016 in particular.

While other metrics, such as the price of key industrial commodities like copper remained strong, today’s situation has seen these crucial metals fall in price, a warning that the global economic health is faltering.

Another development that worried investors that a market collapse is coming was back when long-term and short-term interest rates inverted, a phenomenon that has successfully predicted every single recession over the past 50 years.

Now that it seems that a recession is inevitable, the only question is whether it will happen this year or the next.