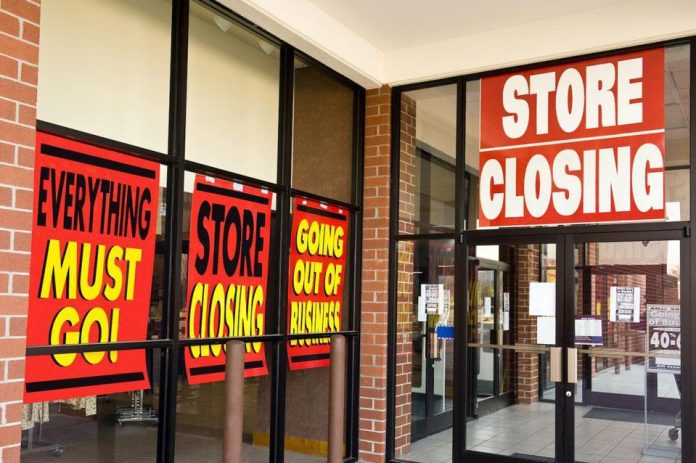 Major retailers across the country have been struggling to keep up with the advent of online shopping, which has closed many brick-and-mortar brands as well as led to the shutdown of thousands of stores.

However, recent tariffs and escalating trade tensions between the U.S. and China haven’t helped in this regard, further exacerbating the problem for many companies as supply chains could be disrupted from the uncertainty. Goldman Sachs went on to downgrade a number of department stores as it warns the sector is now more at risk than ever.

In particular, Goldman Sachs went on to downgrade some of the largest retail brands in the country. Both Nordstrom (NYSE: JWN) and Ross Stores (NASDAQ: ROST) fell by 3.1 and 2.3 percent respectively after the downgrade.

“We are increasingly concerned about the impact of potential supply chain disruption resulting from tariff uncertainty. Companies are already accelerating the shift of supply chains out of China, and many are front-loading production and shipping volumes to get ahead of potential tariff announcements,” wrote Goldman analyst Alexandra Walvis in a note to clients. “Overall, we expect rising costs of production both inside and outside of China from tariffs and outsized demand respectively, increased inventories as companies pre-ship product or face longer in-transit lead times, and greater risk of disruption to product orders and cost bases.”

For both retail brands, second-quarter earnings results are expected to be disappointing thanks to a number of factors including tax refunds, poor weather, execution setbacks, as well as tariff complications.

Additionally, ongoing same-store sales have fallen across a number of Nordstrom locations which is further hurting the earnings situation of the retail brand. The opening of their flagship seven-floor in New York is also expected to help sales, but until then, will likely continue to be a drain on Nordstrom’s cash reserves. Goldman Sachs expects the company to fall by at least 6 percent over the next 12 months.

As for Ross Stores, Walvis goes on to say that any previous degree of optimisms analysts had in the stock was overblown in consideration of recent risks. He added that the company has only a “limited upside” in the months to come, Goldman Sachs predicts that the stock will decline by around 11 percent over the next year.

Retailers across all sectors have been struggling, with many choosing to find potential buyers and go private rather than see their share prices continually decline. That’s what happened with Barnes & Noble (NYSE: BKS), which is currently looking for a buyer. Other retailers, such as GameStop (NYSE: GME), have completely failed to find a solution, shedding most of their share price over the past couple of years.

Nordstrom is a fashion retailer that operates approximately 140 department stores in the U.S. and Canada and approximately 240 outlet stores under the names Nordstrom Rack and Last Chance.

The company also operates e-commerce sites and a personalized styling service called Trunk Club. Nordstrom’s largest merchandise categories are women’s apparel (32% of sales) and shoes (24% of sales). Nordstrom, which traces its history to a shoe store opened in Seattle in 1901, continues to be partially owned and managed by members of the Nordstrom family. – Warrior Trading News