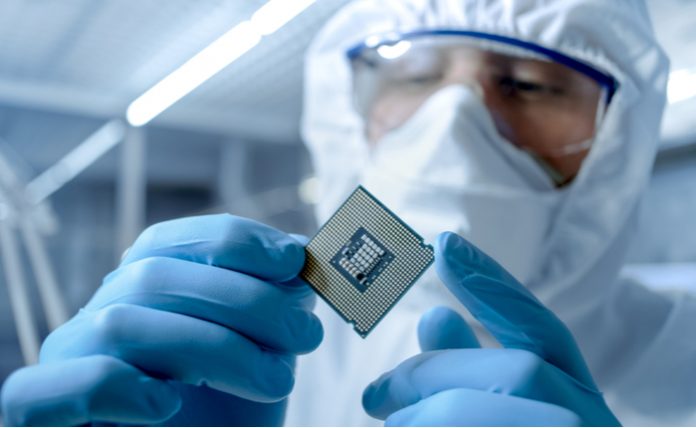 One of the biggest winners in the stock markets on Wednesday was a semiconductor stock. While it’s common for smaller stocks to top the charts due to their higher volatility and smaller market cap, this particular company is worth almost $10 billion.

The company saw its second-quarter net income jump to $97.4 million, or 55 cents per share. Overall revenues rose to $564.2 million in comparison to the $526.9 million seen a year ago, with adjusted earnings sitting at 66 cents per share.

In comparison, analysts on average had forecast earnings of 61 cents per share based on revenues of $536.9 million.

The main driver behind this growth came from the demand for 5G infrastructure, which is already expected to become an exploding market in the months and years to come.

“We exceeded our revenue and profit guidance for the second quarter on stronger than expected results in semiconductor test as continued growth in 5G infrastructure, networking and memory test spending more than offset lower demand from automotive and industrial device makers,” said Teradyne President and CEO Mark Jagiela in an official press release. “In Industrial Automation, our Universal Robots and MiR collaborative robots business grew 20% in the quarter, highlighting their compelling value even in a challenging global industrial investment environment.”

Nor is this the first time that the company has surpassed Wall Street expectations. Over the past four quarters, Teradyne has surpassed estimates each and every quarter. Since the beginning of the year, the company has seen its shares rise by almost 50 percent in comparison to the S&P 500, which only rose by 19.1 percent.

Even looking at a longer-term picture, Teradyne has seen its earnings per share (EPS) grow by 34 percent per year over the past three years. A consistently growing EPS figure is almost certainly followed by an increase in stock price,

Bullish sentiment surrounding the stock has never been higher, not only because of strong financial metrics but also because insiders are buying the stock at an increasing rate. Insider buying often indicates that those closest to the business have confidence that the stock will rise in the future. The biggest insider purchase came from Mark Jagiela himself for $4 million worth of shares.

While many daily winners in the stock market are often due to temporary developments or sudden news announcements, Teradyne’s rise today is more due to the company’s continual ability to surpass investor expectations over the long haul.

Teradyne tests help improve and control product quality, measure performance, and increase yields. The firm generates revenue primarily in Taiwan, China, the United States, Japan, and South Korea, but has a presence in countries across the world. – Warrior Trading News