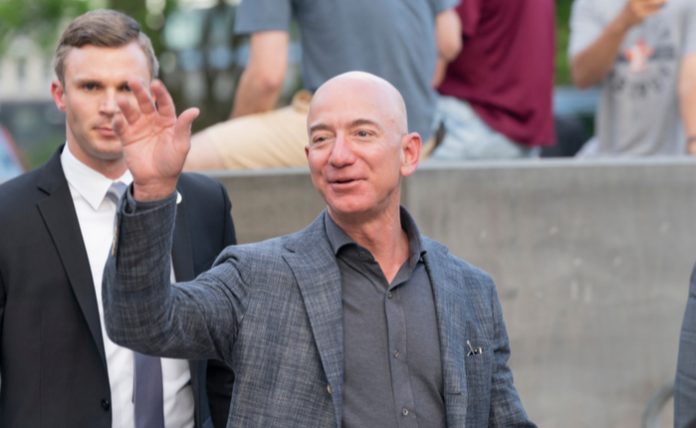 Jeff Bezos, founder and chief executive officer of Amazon.com (NASDAQ: AMZN) sold $1.8 billion worth of Amazon stock between July 29 and July 31, according to paperwork filed with the U.S. Securities Exchange Commission (SEC) on Wednesday night.

Based on calculations by Forbes magazine, Bezos will net about $1.4 billion from the sale after taxes. Bezos has dumped huge chunks of Amazon shares before, but this seems to be the biggest sale since he founded the company more than two decades ago.

“The only way I can see to deploy this much financial resource is by converting my Amazon winnings into space travel. Blue Origin is expensive enough to be able to use that fortune,” Bezos said in an interview with Axel Springer CEO Mathias Dopfner last year.

Last year, the billionaire investor and his ex-wife MacKenzie also pledged $2 billion to unveil the Day One Fund, which is aimed at creating Montessori-inspired preschools and helping homeless families find shelter.

Wednesday’s filings also show that he transferred 19.7 million shares of Amazon, or 25% of his stake in the company to MacKenzie. However, he will continue to exercise voting control over Mackenzie’s stake based on their divorce agreement earlier this year. MacKenzie’s stake in the online retail giant is worth about $36.8 billion, making her the world’s third richest woman.

Based on the closing price of Amazon stock on Wednesday, Bezos is now worth $115 billion. The last time that he sold Amazon stock was in October last year. Bezos’s latest stock sale comes just days after Amazon ended its impressive streak of four consecutive quarters of record profits.

Last week, the company posted earnings of $2.6 billion, or $5.22 per share for its fiscal second-quarter ended June, missing analysts’ expectations for earnings of $5.56 per share. Shares of Amazon were up 1% in premarket trading session on Thursday.