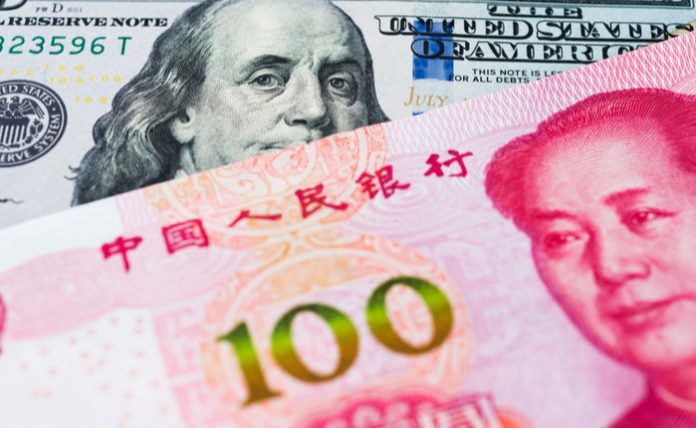 Wall Street looks set to open lower on Monday, after China guided the yuan below the psychologically important level of 7 to the American dollar for the first time since the 2008 global financial crisis.

The onshore exchange rate for the currency dropped below renminbi 7 early Monday for the first time since May 2008, falling as much as 1.3% to renminbi 7.0297 per dollar.

Bitcoin rises past 11,500 amid trade tensions

Bitcoin price pushed higher on Monday as traders responded to the growing tensions surrounding the U.S.-China trade war. At 6:14 a.m. ET, the world’s largest cryptocurrency by market capitalization was up 14% from its closing price on Friday to trade at $11,749, according to Bloomberg data.

Prices of other major digital currencies also traded higher with Ether (ETH), TRON (TRX) and Tezos (XTZ) up between 1.7% and 4%, respectively.

Oil prices fell on Monday morning, weighed down by worries over the outlook for global economic growth after President Trump vowed to escalate his trade war with China by imposing additional tariffs starting Sept. 1.

A protracted trade war between the U.S. and China is likely to hurt global economic growth and cause a slowdown in oil demand growth and economic activity.