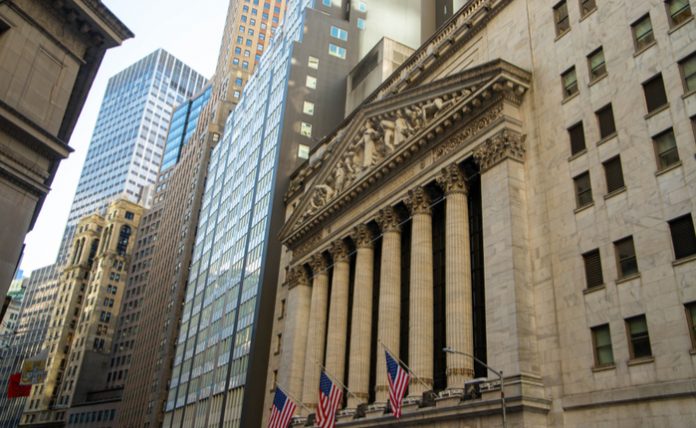 Futures point lower as China lodges a complaint with the WTO over U.S. tariffs

U.S. stock index futures were lower on Tuesday after the Chinese government filed a complaint with the World Trade Organization (WTO) over the latest U.S. tariffs on $300 billion worth of Chinese goods.

Chinese Commerce Ministry announced the decision on Monday saying America’s latest move is a breach of an understating reached by President Xi Jinping and President Donald Trump and at the G20 meeting in Osaka in June. Beijing will protect its legal rights and interests in accordance with WTO rules, the ministry added.

Over the weekend, the Trump administration began imposing 15% levies on a range of Chinese imports while Beijing retaliated with higher tariffs of between 5% and 10% on some American imports such as soy beans and crude oil.

The British pound tumbled to a three-year low against the U.S. dollar on Tuesday morning as lawmakers opposed to Prime Minister Boris Johnson prepared to bring a bill aimed at stopping the U.K. exiting the European Union next month without a deal.

The deal, which is backed by the Labour party and about 20 Conservative MPs, would require Johnson to delay Brexit until Jan. 31 if he fails to sign a withdrawal deal with the EU.

Britain is set to leave the European Union on Oct. 31, and MPs have repeatedly failed to pass a withdrawal agreement. The prime minister has signaled that he is ready to call a snap general election if the rebel alliance blocks a no-deal Brexit.

SmileDirectClub filed with the U.S. Securities and Exchange Commission (SEC) on Tuesday to set the terms of its initial public offering.

The company seeks to raise up to $1.29 billion by offering 58.5 million class A shares in the IPO at a price range of $19 to $22 per share. That would value the Nashville-based teledentistry startup at over $2.3 billion.

SmileDirectClub plans to list on the NASDAQ under the ticker symbol “SDC” with proceeds to go towards buying newly issued LLC units from SDC Financial.