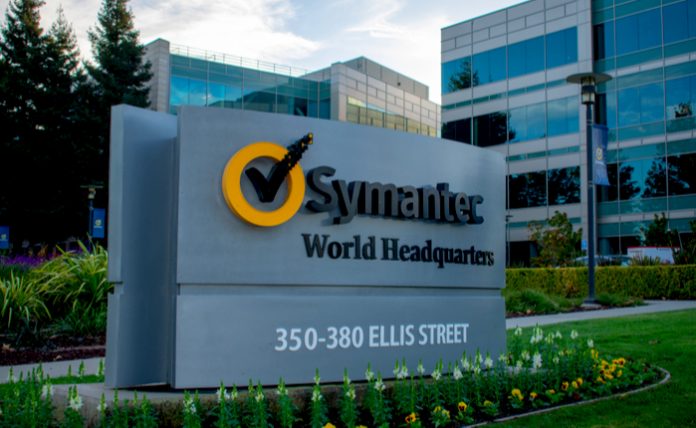 Shares of one of the top cybersecurity companies are up again as rumors of a potential buyout re-emerge. This time, it appears that Symantec (NASDAQ: SYMC) has been approached by two private equity firms to acquire the company for over $16 billion.

The big deal behind this offer is that it would derail an existing agreement made last month where Symantec would sell a part of its business to another company, chip-maker Broadcom (NASDAQ: AVGO).

Two private equity firms, Permira and Advent International, have come together to make a combined offer to buy out the entirety of Symtec at a valuation of $26 per share. The story, which was first covered by the Wall Street Journal, marks an interesting turn of events to what was otherwise a fairly straightforward affair.

Symantec was approached by Broadcom, one of the top semiconductor companies in the world, to buy out Symantec’s enterprise business for $10.7 billion. Broadcom had initially looked at buying out the entire company for $28.25 per share, but the idea fell apart later when it decided to reduce the offer.

In comparison, Permira and Advent International’s $26 isn’t as high as what some people in Symantec would have liked, but it is questionable whether or not the cybersecurity firm will break its previous agreement in favor of this new one. However, the private-equity firms believe that the Broadcom deal is tax-inefficient and is expected to trigger major dividend-tax payments for shareholders.

Symantec’s business unit isn’t the most profitable part of the company, but the enterprise section has helped make the firm the world’s largest seller of security products for corporate clients. However, the consumer segment remains far more profitable, hence why Symantec is willing to part with its enterprise unit for the right price.

The company has also been having a number of problems. Revenues have slowed down over the past year as profit margins continue to decline. Following the departure of a number of top executives, including CEO Greg Clark, alongside an internal investigation over potentially misleading accounting practices, the cybersecurity firm has found itself in a bit of a difficult position.

Symantec also has plenty of debt, around $4 billion worthwhile its cash position was only $1.5 billion. Finding a major buyer has been seen as one way to solve all of these problems in one fell swoop.

At the time, shares of Symantec rose by 16% after the Broadcom deal was first reported. In response to this new piece of news, however, shares have gone up an extra 5% as investors always appreciate competition between potential buyers in addition to the premium the private equity firms are willing to pay.

The company’s revenue is about evenly split between the two divisions, but consumer sales have yielded the majority of profits. The California-based company was founded in 1982, went public in 1989, and sells its solutions worldwide. – Warrior Trading News