Home Blog Posts The Space Race is Back and these are the Billionaires Leading the... 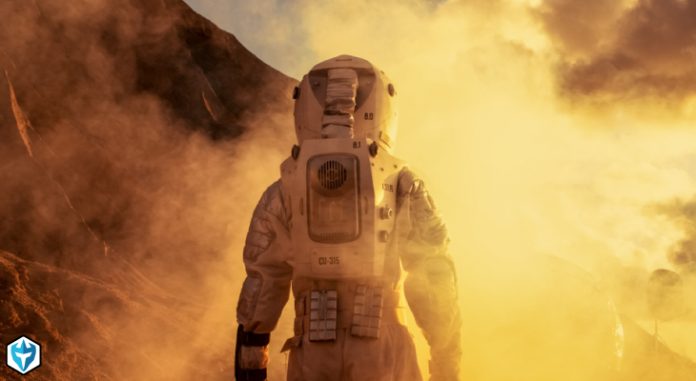 Without a doubt, billionaires have a lot of money that they channel into various investments. For some, they prefer to support charitable causes like Bill Gates while others own art collections with distinguished masterpieces. On the other hand, a common outlet for a few billionaires is space.

There are a number of extremely affluent people who have adopted space expedition as their preferred cause. They continue to profess that they will actualize space tourism as it has been their dream since childhood. A number of them even recall the old space race and want to recreate it anew for this generation.

Even though the space race has been slowed down a couple of times, billionaires are quite confident in their assertions, whether they believe in themselves or as publicity stunts.

Nevertheless, significant progress has been made by the following billionaires who have pursued space travel as a reality.

Born in South Africa, Elon Musk is a prominent businessman who initiated SpaceX in 2002 with his ‘early fortune’ of $100m from PayPal, where he is a co-founder. He has a consistent aim of colonizing Mars, and in order to accomplish that, there is a need for efficient transportation of humans into space. Musk’s zeal of establishing a new race in space — and being the face behind it — has resulted in more anticipation about traveling to space and colonizing other planets.

In May this year, Musk’s firm unveiled its pioneering 60 Starlink satellites from Florida. This exciting event that happened in Cape Canaveral sparked off many sightings of unnamed flying objects. Musk defended the project on Twitter from allegations that SpaceX was forming ‘space debris’ that could restrict astronomy.

According to CNN, SpaceX has gone far into space as compared to any of its private rivals, venturing into geosynchronous orbit that is approximately 22,000 miles from Earth.

In an interview at SpaceX’s headquarters in Hawthrone California on July 12 this year, Musk indicated that he is uncertain that the company would exist “if not for Apollo 11.” Musk was born in 1971, two years after the landing of Apollo 11. He further indicated that this was among the most captivating things in the entire history of humanity. SpaceX has become its own epitome of space adventure.

Despite the fact that the company has experienced significant successes, it has also faced notable setbacks. These involve two rocket detonations: the first one occurred on July 2015 and the second in September 2016.

Nonetheless, Musk aims at bringing down the cost of spaceflight through reusing rockets. Previously, rockets have been disposed of after only one launch. One thing holds true about billionaire Musk and his team: they have big dreams.

Born January 12, 1964, in New Mexico and raised in Texas, Jeff Bezos is an American investor, technology entrepreneur, and charity donor. He is the president and CEO of Amazon.com, Inc founded in late 1994.

This company started as an online bookstore and has since progressed to a wide variety of other e-commerce services and products, including artificial intelligence, cloud computing, and audio and video streaming. In 2000, Bezos expanded his business interests when he formed Blue Origin, an aerospace manufacturer and sub-orbital spaceflight services.

With headquarters in Kent, Washington, Blue Origin is an American privately funded suborbital spaceflight and aerospace manufacturer. Founded by Jeff Bezos in 2000, this company is steered by CEO Bob Smith and its developing technologies to allow access to space by a private human.

Its objective is to increase reliability and drastically lower costs. Besides, Blue Origin is embracing an incremental approach from suborbital to orbital flight, with every development stage building on its previous work. A variety of technologies are in place with an emphasis on rocket-powered vertical landing and vertical takeoff (VTVL) vehicles for access to orbital and suborbital space.

With an initial focus on suborbital spaceflight, the company has conceptualized, built and flown several testbeds of its New Shepard spacecraft in Texas. In April 2015, developmental test flights of New Shepard began, and flight testing continued into 2018. The first passenger-carrying spaceflight is scheduled this year.

In 2014, Blue Origin moved into the orbital spaceflight technology initially as a rocket engine supplier through a contractual agreement to develop a new rocket engine. In 2015, the firm announced plans to manufacture and fly its orbital launch vehicle known as New Glenn. On May 9, 2019, Jeff Bezos unveiled the new Blue Moon lander for missions to the moon, projected to take off by 2024.

Born on July 18, 1950, in England, Richard Branson is a British philanthropist, author, investor, and business magnate. He expressed his entrepreneurial desire at a young age. This saw his first business venture, a magazine called Student at the age of 16.

In 1970, he founded the Virgin Group which oversees more than 400 companies in various fields. This brand grew drastically during the 1980s as he began Virgin Atlantic airline and grew Virgin Records music label. Based at Space Port and Mojave Air, the spaceflight corporation Virgin Galactic was founded in 2004.

Over the years, Branson has become a prominent global figure with his presence been felt in music, transport (with interests in space, sea, air, and land travel) and retail. His humanitarian work and taste for adventure are remarkable.

Virgin Galactic, one of his major ventures, is a spaceflight company within the Virgin Group. This advancing commercial spacecraft aims to offer suborbital launches for space science missions and suborbital spaceflights to space tourists.

Branson had at the outset hoped to see a maiden flight in 2009, but this was postponed on October 2014 due to an in-flight loss of SpaceShipTwo VSS Enterprise. He affirmed that Virgin Galactic was in the world’s best position to offer rocket-powered air travel on Earth.

In October 2017, he suggested that he could travel to space within six months via a SpaceShipTwo. However, it is not until December 13, 2018, that the VSS Unity accomplished the project’s first suborbital space flight, attaining an altitude of 82.7 kilometers, formally entering outer space by US standards.

On February 2019, this project carried a third person as a passenger. The team’s member sat and floated within the cabin during a flight that reached 89.9 kilometers.

One notable challenge that they are encountering is becoming established giants in the space sector. Their aspirations entail the development of space tourism and lasting settlement of human beings on the Moon and Mars.