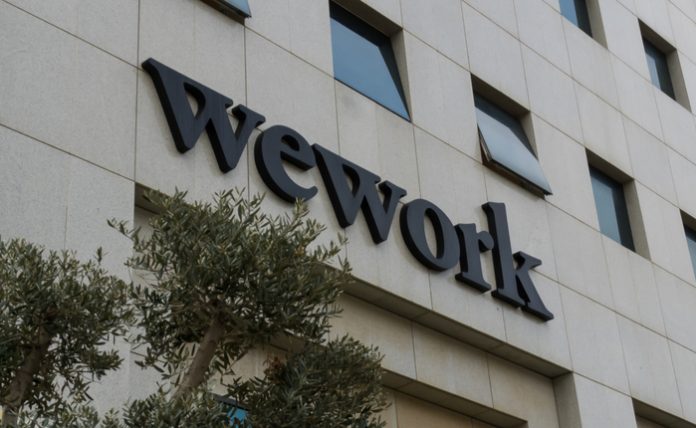 It turns out that using the WeWork platform is in some ways a lot like working at a Panera’s – or any café where people can easily overhear what you’re working on or get a glimpse of your laptop screen.

A breaking news report today shows a detailed expose of how the shared workspace company’s Wi-Fi network leaves data and documents unprotected, revealing that users can get an amazing eyeful of other tenants’ plans.

CNet writer Alfred Ng paints a picture of chronic exposure of sensitive data uncovered by professionals looking at how the system works, following the story of digital media worker Teemu Airamo who got a job at a company utilizing the WeWork platform.

“It was May 2015, and Airamo’s digital media company was working with contracts and sensitive documents,” Ng writes. “He couldn’t afford to get hacked. So when he saw hundreds of other companies’ devices and financial records completely visible on the building’s network, Airamo was stunned.”

Ng’s story brings the point home with a surprising follow-up:

“More than four years later, and after multiple attempts to contact WeWork, including its upper management, nothing has changed. Airamo knows this because he routinely runs Wi-Fi scans on the WeWork network and finds financial records, business transactions, client databases and emails from companies surrounding his office.”

Observers lay this scandalous exposure at the feet of WeWork’s Wi-Fi handling.

WeWork leaders point out that clients can buy additional security for around $100 a month, along with setup fees, but that’s giving the company a bad name in the eyes of those who argue that good security should be a baseline service.

There’s also the recent news that WeWork delayed its IPO where Slate’s Aaron Mak penned a Sept. 17 piece called “All the Reasons Things Are Going Very Poorly for WeWork This Week.”

“Most companies don’t postpone their IPOs after filing with the Securities and Exchange Commission,” Mak wrote, also mentioning a lack of a clear path to profitability and venture capitalists who have gotten tired of “unicorns.”

Generally speaking, though, the security angle might be the nail in WeWork’s coffin. Any service based on expediting workflows has to have been competent security built in, according to many of those looking at how to hawk cloud services. Keep an eye out for news on whether WeWork will successfully launch or drown in its security nightmare.