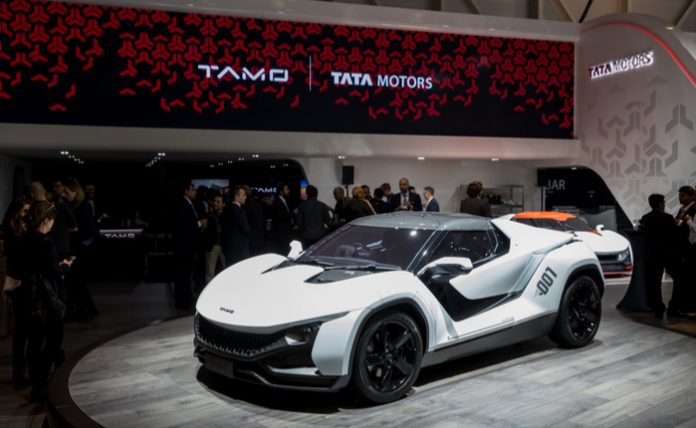 A new increase for Tata Motors show potential in this car maker’s financial development within the context of the national stock market.

The Indian Tata Motors Company is an equity that has been widely held as a growth stock for a long time now in the BRIC region of emerging economies (Brazil, Russia, India, China). Notably, Tata Motors made headlines several years ago with prototypes for a small car that would only cost the equivalent of a couple of thousand U.S. dollars.

Most recently, Tata Motors rose more than 3% in on the New York Stock Exchange this morning to stand above nine dollars (up to $9.40 when the bell rang!) in a high not seen since last Wednesday, and last achieved before that back in early August.

There’s also news that Tata Motors is unveiling its new engineered powertrain for electric cars that could provide range of up to a 250 km per charge, with a long-term warranty on both the motor and the battery.

That’s a powerful one-two punch for the stock, which spiked significantly in early trading.

The current breakthroughs trumpeted by Tata build on its reputation as a company innovating for a smaller footprint for vehicle drivers, both in terms of cost and in terms of consumption. That’s a win-win in many markets where small fuel-sipping cars win when market demand for fuel efficiency is combined with factors like city driving, which actually rewards a smaller wheelbase.

Keep an eye on the stock throughout the day to see where Tata goes – this single-day rally puts the stock above its one-month values and could drive TTM toward greater highs such as those seen last April – Tata Motors has been in the doldrums recently, but current changes could break that trend.