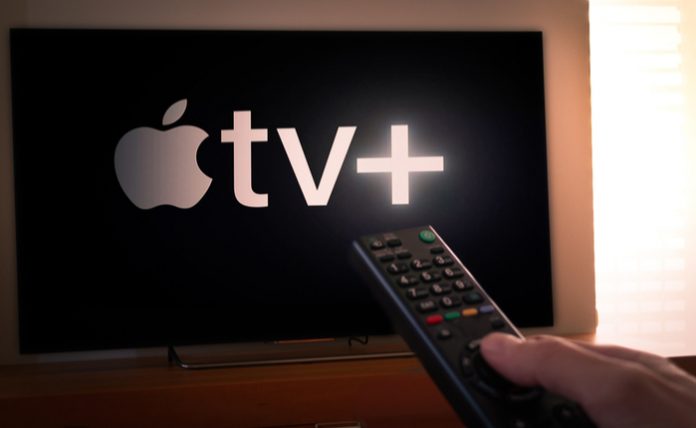 For quite a while now, we’ve been hearing things about Apple’s move away from devices and into the world of services; on the company timeline writ large, you can understand the move as a gradual one away from the legacy of Steve Jobs to the next phase of Apple’s development, where there is the feeling that the company needs to innovate or eventually decline.

However, brand new reports today show some of the strategies that Apple is using to achieve its new notoriety in services.

Peter Rubin at Wired reports on the Apple TV+ service and some of the programming that leaders are betting will attract a new generation of viewers. (Apple TV+ and Apple Arcade are two of the service plays that analysts point to in observing this greater trend.)

Central to the push is a program called For All Mankind that will bring the wonders of space to the user’s TV screen – the intrigue around the history of the U.S./Russia space race is treated in this offering, which is meant to give new energy to our collective appetite for outer space stories.

In looking at these programming moves, Rubin chronicles a thread of rumors and innuendo by Apple CEO Tim Cook, also highlighting the role of For All Mankind writer Ronald Moore in program development.

“If Apple were a person—“ Rubin writes, “if it truly took mortal form—that form might be Ron Moore. Like Apple, Moore has created epochal works that improve on the halting steps of their predecessors. And like Apple, he imagines a future that meshes with how humans actually behave and what they expect. Apple might call that Human Interface Design; Moore has called it ‘naturalistic science fiction.’”

In addition to this space odyssey, there’s an adaptation of Isaac Asimov’s Foundation series, in which M. Night Shyamalan reportedly came on board. Looking back, Rubin ties together the two tracks – device innovation and the new services mentality – providing a lens through which to look at evolving Apple business in 2019 and 2020:

“For two decades, Apple had single-­handedly changed how people consumed entertainment. The iPod made listening to music a playground of infinite playlists; iTunes took lethal aim at Blockbuster long before Netflix finished it off; the iPhone ignited whole new categories of experiences… But in the time it took Apple to draw up plans for original content, the landscape had changed around them. … Netflix was focusing on an ever-expanding global reach, Amazon offered its programming as yet another perk for Prime members, Hulu had developed live-TV functionality that made it an all-in-one replacement for cable. All of a sudden, the well-worn Apple Way—keeping quiet until a world-changing device or service was ready for consumers—looked like a road to ruin for the company’s newest product.”

All of this is very useful guidance for investors who are looking at the top FAANG (Facebook – Apple – Amazon – Netflix –Google) stocks and trying to decide where technology companies will go in the future. It seems that Apple is likely to bet on streaming video as one of its central keystones in the years to come, and that will affect how the massive blue-chip stock reacts over time – whether it will sink individual 401(k)s by dwindling off month-to-month, or whether new service pivot can push equity prices higher.