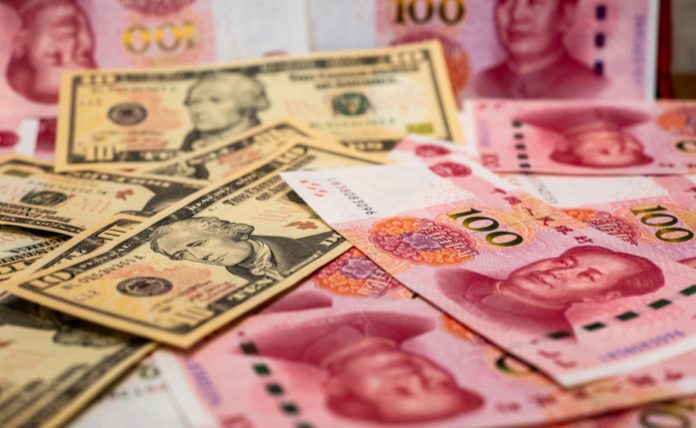 Wall Street looks poised to fall at the opening bell on Tuesday, despite widespread talk about a U.S.-China trade deal being agreed next month.

On Monday, President Donald Trump’s top economic advisor Larry Kudlow expressed optimism about ongoing trade negotiations between the U.S. and China. Kudlow said that the U.S. could withdraw tariffs scheduled for December if talks continue to go well, according to Fox Business.

Meanwhile, market players will be monitoring a batch of quarterly earnings reports from some of the world’s biggest companies to get a clearer picture of how the U.S.-China trade conflict is affecting corporate profits.

The Wall Street Journal is reporting that WeWork’s board will meet on Tuesday to consider emergency-financing options including a takeover by its biggest investor, Japan’s SoftBank Group Corp.

According to the Journal, SoftBank would end up controlling 60% to 80% of the office-sharing startup under the offer, which includes $5 billion of new debt and injecting $1.5 billion in previously promised equity. The Japanese conglomerate has also offered to buy up to $3 billion of existing shares.

SoftBank’s proposal would trim WeWork’s valuation to about $8 billion. Adam Neumann, the controversial co-founder of WeWork, is said to be backing the proposal as he would receive up to $200 million in return for relinquishing his voting rights and the chairmanship.

Patrik Frisk will become Under Armour’s new CEO and President effective January 1, 2020, replacing Kevin Plank who founded the company in 1996. Frisk serves as Chief Operating Officer of the company and previously was CEO of footwear and accessories company, the ALDO Group.

According to a statement released by Under Armour early Tuesday, Plank will become Executive Chairman & Brand Chief and continue to lead the company’s board of directors. Shares of Under Armour (NYSE: UA) were down 2.86% to $17.65 in premarket trade.