Home CryptoNews BTC down under … the $9K mark 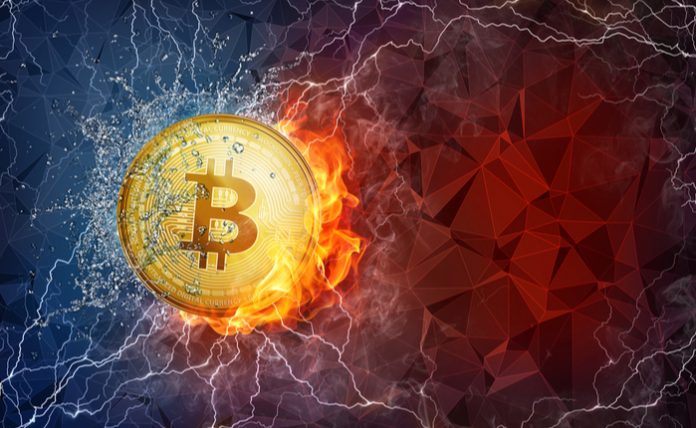 For those who’ve been checking their screens over the last 24 hours, there’s been some substantial price action on Bitcoin.

The bad news is – that action has been downward.

Bitcoin is now trading under $9000 for the first time since the October 25 wildfire that sent BTC skyrocketing up to highs above $9700.

Now, the biggest name in crypto is cooling off – when you start looking for clues to why Bitcoin is deflating further, you come up with a lot of different theories.

Some feel that the coin is continuing to deflate on a logical slide after wild bounces on remarks by Chinese president Xi Jinping: when Jinping’s comments on Chinese blockchain policy were reported last month, traders seemed to take that as an endorsement, despite subsequent assertions by the Chinese that they did not mean to promote Bitcoin.

Angst ridden traders now question whether Bitcoin is going to find support and move further upward, or if it has further to fall.

An instructive report today from filbfilb, an unusual byline at Cointelegraph, talks about a lot of the technicals behind Bitcoin’s latest moves and lays out both bull and bear scenarios:

“The bearish case for bitcoin is that this is simply the first leg lower after a failed move higher off the back of a news event,” filbfilb writes. “Failed moves often lead to fast moves and, as we have seen, Bitcoin has fallen out of support.”

Citing an ‘Adam and Eve’ topping pattern that is clearly presented on a four hour chart, filbfilb suggests retracement of between 61% and 78% before moving on.

“The bullish case for Bitcoin is that a reasonably sharp reaction has been seen by the bulls who have stopped price dead so far following the breakdown,” filbfilb writes. “If the bulls can establish support here, it is possible that the move lower was simply an inevitable stop run that occurred due to leveraged long positions being taken on by overly enthusiastic traders who were in fear of missing out on a higher Bitcoin move.”

Perhaps, as posited by the author, bulls will rush in on the weekend where there is lower volume of trading and re-establish $9000 as the key support mark.

That, the author suggests, could lead the coin back up toward $10,000, which was a sort of established consensus of the last few weeks.

In any case, it’s useful to watch  Bitcoin prices this weekend and look for more volatility in an asset that is often characterized by wild swings in one direction or the other.