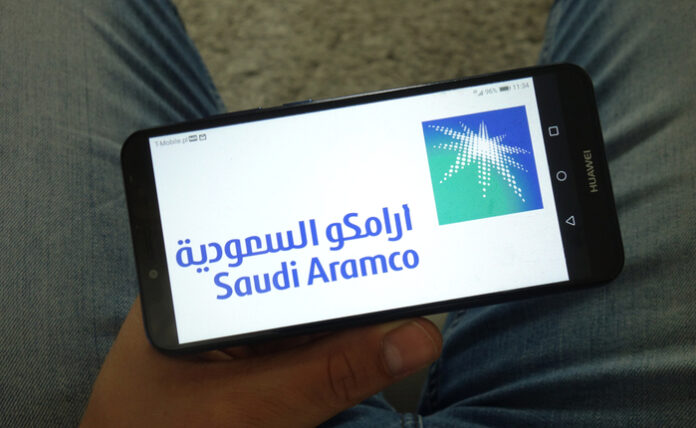 Saudi Arabia’s state-owned Aramco has been one of the most anticipated IPO’s this year, although the company wasn’t going public on American exchanges. Regardless of this, the Saudi, state-operated company has officially gone public this week, and in doing so, has reached an astronomical $2 trillion market capitalization in the process. This would make the oil giant the largest company in the world.

The company’s first official day of trading was on Wednesday, where it saw significant gains on its first day of trading. On Thursday, shares shot up by another 10% over the course of the day, pushing the company into a $2 trillion market cap. Crown Prince Mohammad bin Salman has been planning to go public for almost four years now in an effort to raise funds and eventually diversify the country’s economy away from oil.

Only 1.5% of the company was sold on the public markets, which still raised $25.6 billion overall, with the Saudi government investing $2 billion of its own money to help ensure the IPO was successful. At the same time, however, Thursday’s surge wasn’t entirely a matter of market forces. The Saudi government had strongly encouraged the country’s wealthy to help buy shares of the company and push Aramco’s valuation to the much desired $2 trillion level.

However, foreign institutions weren’t as excited about the company’s lofty valuation expectations. According to The Financial Times, the company has ended up abandoning international roadshows to convince foreign investors, something that was made worse due to ongoing geopolitical risks as well as issues regarding corporate governance.

“If the central aim of this was to get a listing, then they have achieved that. If the aim was to bring in widespread international participation, then that remains outstanding,” said Stuart Joyner, an energy analyst from the London-based research group, Redburn Partners. At this point, Saudi Aramco might consider a secondary listing on an international exchange, whether that be the NYSE, LSE, or any other major international exchange. However, “that will depend on elements within their control, such as the performance of the company, but also elements outside their control, such as the oil price,” he added.

Understandably, Amarco’s success will depend largely on the price of oil, something that’s expected to rise a little in the future especially after OPEC and other nations decided to deepen production cuts. In a meeting at Vienna, OPEC, Russia, and other oil-producing countries came together to discuss whether or not to extend their oil output cuts further or just to keep them as is.

The current agreement between OPEC countries details that around 1.2 million barrels per day of oil output would be curtailed. However, the nations decided last week to further their supply cuts by an extra 500,000 barrels per day. The move is an effort to stop oil prices from falling further, mainly due to America’s continually increasing output based in the booming Permian Basin.

Although Aramco’s debut doesn’t do much to impact U.S. investors since it isn’t available to be traded, it’s definitely a development you should keep your eyes out for, especially if the company does choose to pursue a secondary, foreign listing.