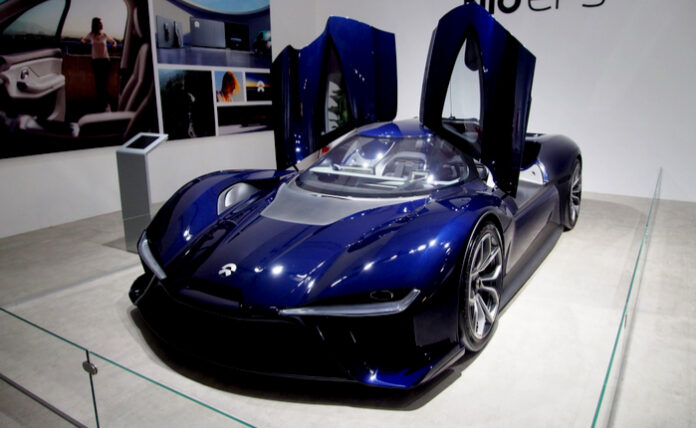 Electric car manufacturer Tesla (NASDAQ: TSLA) has been doing very well over the past quarter, reaching a new record high. However, in the midst of this excitement, its easy to forget that there are other electric car manufacturers as well trying to muscle in on Tesla, not to forget regular automakers are also doubling down on their electric vehicle divisions. One of them is a Chinese company called NIO (NYSE: NIO), whose shares shot up by over 70% after announced better-than-expected financial figures.

The company has been operating at a loss for a while now, but in its recently released unaudited financial results, NIO posted a Q3 2019 net loss of just $342.9 million. Not only was this a decrease from the previous quarters, but it also was better then what most analysts were expecting. Although the Chinese automaker will need to raise cash somehow as it won’t have enough to last it more than 12 months, these worries weren’t enough to stop traders from jumping on the stock. Other financial figures to note was the company’s gross revenues, which were up by 25% to $257 million for the quarter.

“NIO delivered a total of 4,799 ES8 and ES6 vehicles in the third quarter of 2019, representing a 35.1% increase from the second quarter. The electric vehicle sector experienced substantial softness in the second half of 2019 after the reduction of EV subsidies in China. Despite the challenges, NIO’s sales improved solidly since September,” said William Bin Li, founder, chairman, and CEO of NIO. “We expect over 8,000 vehicles to be delivered in the fourth quarter, a record of quarterly deliveries in our history. With that, the total aggregate deliveries in 2019 are estimated to reach over 20,300.”

While its definitely a piece of good news, it’s almost surprising to see how high the stock surged following these results. Tesla has historically been losing money for a long time, only recently have just turned a profit. It’s not surprising that NIO will end up undergoing a similar journey before it too finally breaks even.

Shares of NIO ended up jumping 72% on Monday in response to this news. Despite this, most analysts covering the stock have been quite neutral on NIO, with 7 of 15 Wall Street experts maintaining a “hold” rating on the company. Only two have a “buy” rating, while 5 have “sell” ratings. While this is likely to change a little following this announcement, it’s still hard to tell how NIO can end up siphoning market share aware from companies like Tesla. That’s more or less what Morgan Stanley analyst Tim Hsiao stated, although he made sure to give credit to NIO’s management for cutting down on its costs. Time will tell how the company fares in the years to come.